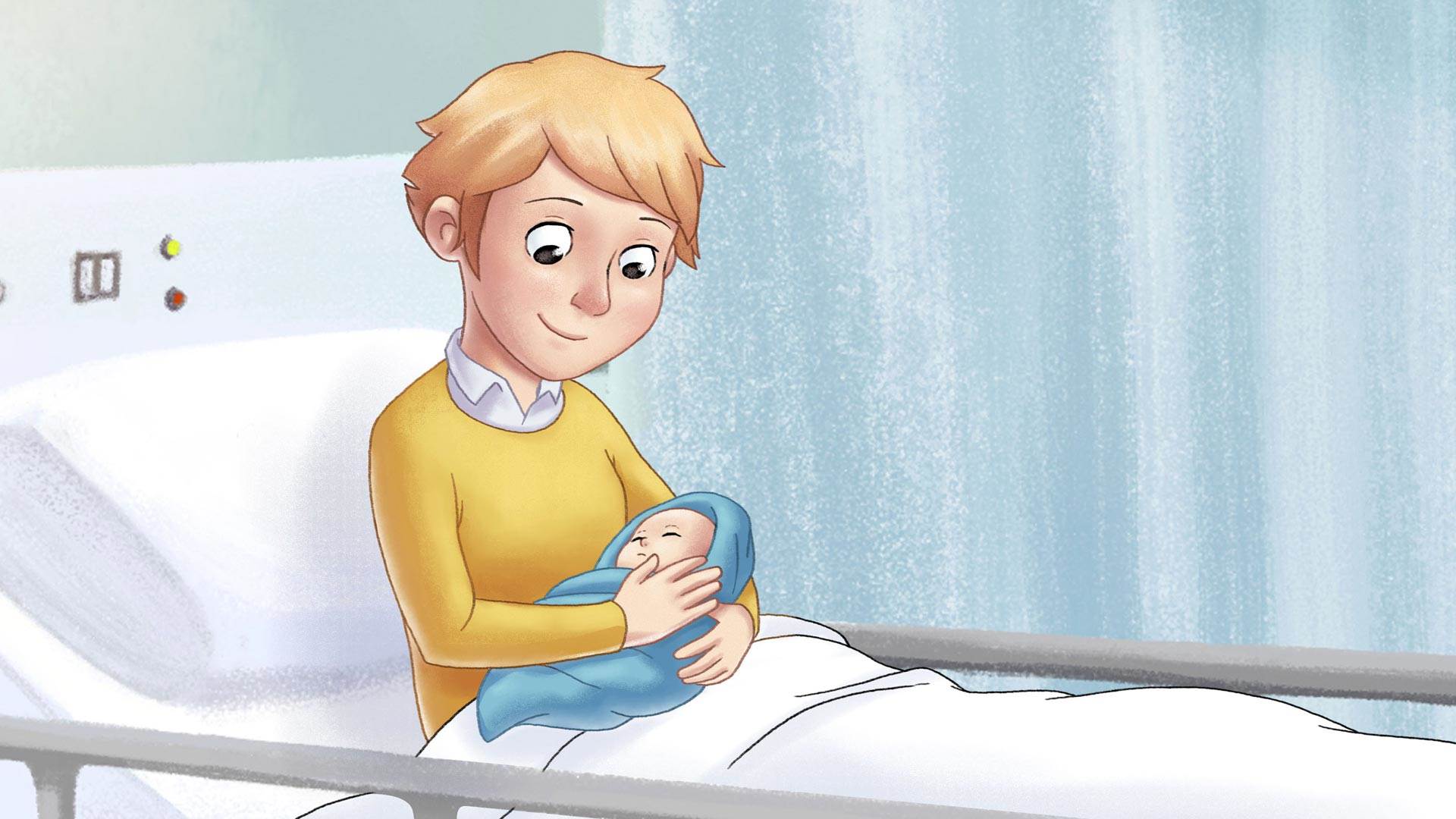 Phenylketonuria (PKU) is a rare, inherited disorder. The body of a person born with PKU is unable to break down phenylalanine, an amino acid, which is an important substance in human metabolism. As a result, phenylalanine accumulates in the body and can lead to the person developing an intellectual disability. PKU in a pregnant woman can also lead to the baby developing an intellectual disability.

A blood test for newborn babies ('heel prick test') done in the days after birth is effective at screening for PKU. A special diet can prevent the harmful effects of the condition.

PKU appears in about one in every 10,000 newborn babies and there are about 50,000 people living with the condition in the world. [1] [2] The occurrence of PKU varies among populations - in Turkey, the condition appears in one of 2,600 births; in most people of European and South-East Asian descent, including Caucasian Americans and Canadians, Koreans and most Chinese, PKU appears in one of 10,000-15,000 babies born, and it is less common in many other populations, including African-Americans, Africans and Japanese. [2]

Since the introduction of a genetic test for PKU, the number of people showing symptoms has dropped significantly.

All proteins are composed of amino acids. There are 22 standard amino acids that, in multiple different combinations, form all the kinds of proteins in a human body and in other living organisms, including the plants and animals we eat.

Phenylalanine is one of the 22 amino acids and is found in varying degrees in nearly all kinds of proteins in our food. The human body cannot manufacture phenylalanine, so it must get this amino acid from food.

A gene in our DNA contains the instructions for the body to manufacture an enzyme called phenylalanine hydroxylase (PAH). This enzyme operates in the liver and the kidneys, and converts phenylalanine into tyrosine, another type of amino acid.

People who have a faulty version of the phenylalanine (PAH) gene cannot manufacture the PAH enzyme and therefore cannot break down phenylalanine. As a result, this amino acid accumulates in the body and causes damage to nerve cells in the body, especially the brain. 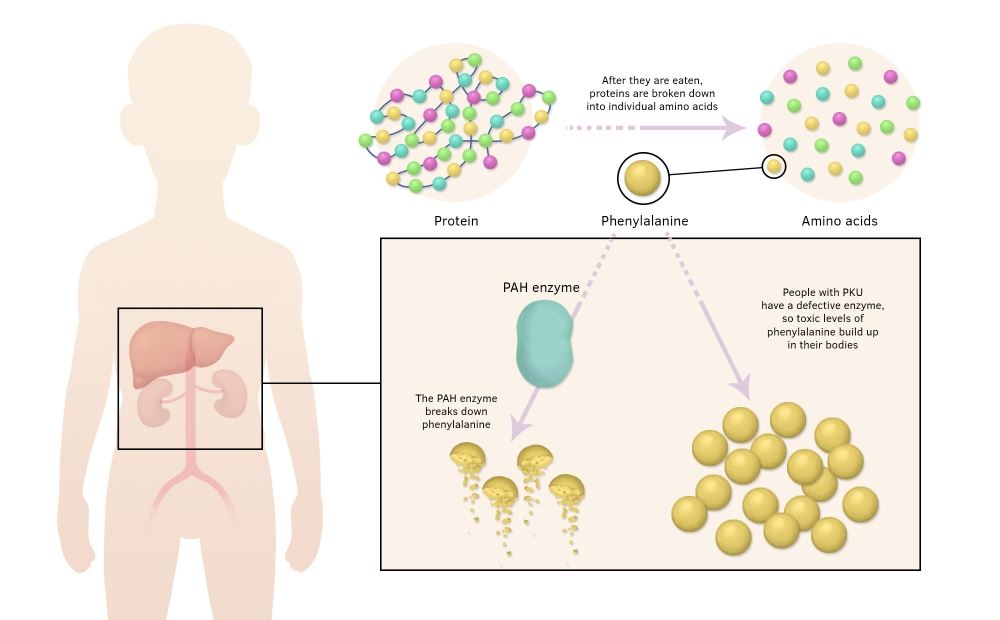 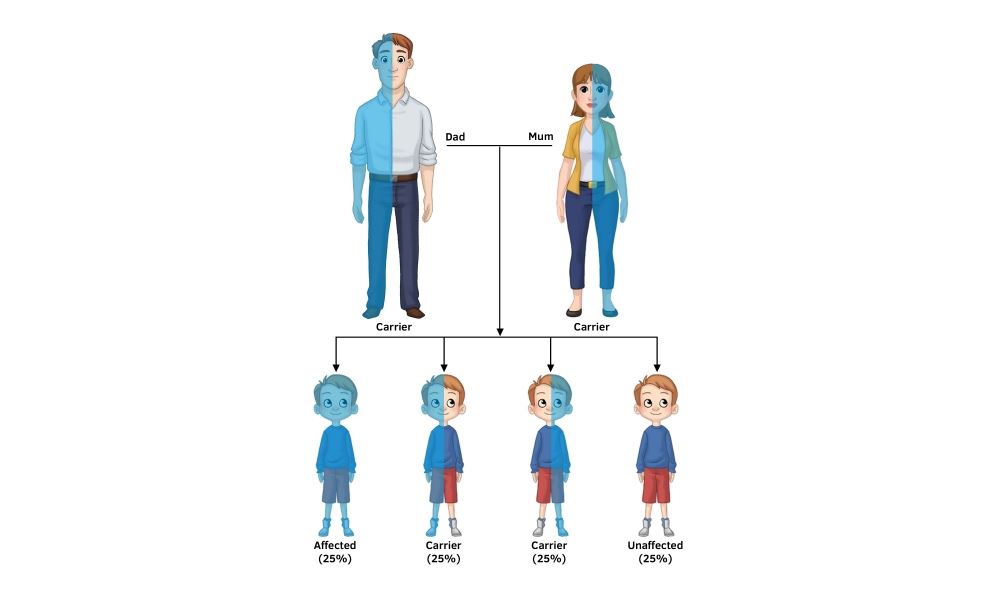 A large organic molecule that is the basic building block of proteins. There are 20 amino acids used by the human body that link together, in various orders, to form proteins.

The genetic material of all living cells and some viruses. The full name is deoxyribonucleic acid.

An inheritable change in the base sequence of the genome of an organism.

PKU is strictly an inherited disease. People at risk of being born with it are people whose parents have a faulty PAH allele.

As mentioned above, the PAH gene can be completely or partially faulty. Thus, PKU can also be classified as severe, moderate or mild.

Babies born with PKU show no symptoms at birth. If PKU is not detected and/or the recommended diet is not followed within a few weeks after birth, symptoms will gradually start to appear, as phenylalanine starts accumulating.

The most profound symptom of PKU is intellectual disability. This can be mild to severe according to the severity of the genetic disorder. Problems can include:

Other symptoms that can appear as phenylalanine accumulates in the child's body include:

Children and adults with PKU who stick to their diet are generally fine and function normally throughout their lifetime.

There are indications that adults with PKU might have a somewhat higher chance of developing certain mental health problems, such as depression and anxiety, and some minor problems with cognitive skills such as planning.

A woman with PKU can, if she does not follow the diet, cause severe problems for her offspring. The phenylalanine in her blood can affect the fetus' development in the womb and cause it to have severe cognitive problems.

Relating to cognition, which are the mental processes and abilities associated with acts of judgement, reasoning and understanding.

A blood test for PKU is performed on all newborn babies. If the result is positive, further blood tests and urine tests are done to confirm the diagnosis.

The only treatment for PKU is a special diet low in phenylalanine that must be followed for life. The diet is not easy to follow, as it is quite strict and requires effort and discipline. In milder cases of PKU, a measure of leeway is sometimes possible. A person with PKU will normally undergo regular testing for phenylalanine levels. The test results will inform about the compliance with the special diet.

It is particularly important for women to follow the diet strictly before and during pregnancy, as the phenylalanine that accumulates in their bodies will cause profound harm to their unborn baby.

In the future, gene therapy may be able to cure PKU. This, however, is still some way off.

An enzyme, PEGylated recombinant phenylalanine ammonia lyase (PEG-PAL), which may replace PAH and break down phenylalanine in the body has been in development for some years and is showing promise, but is still not approved for use at this time.

If PKU is diagnosed and managed properly (i.e. the diet is followed, which is not an easy diet to follow) then you can live with PKU with no ill effects.

People who have a family history of PKU can consider genetic counselling before attempting to conceive babies, to assess their chances of having children with PKU.

Women with PKU can prevent birth defects in their babies by adhering to the restricted diet before and during pregnancy.

A service in which a specialist in genetics provides information and resources regarding genetic conditions. A genetic counsellor uses medical records, family history and screening tests to evaluate the likelihood of a person passing down or inheriting a genetic condition.

Phenylketonuria, or PKU, is a rare inherited disorder. The body of a person born with PKU is unable to break down phenylalanine, an important substance in human metabolism. As a result, phenylalanine accumulates in the body and can lead to the person developing an …

Phenylketonuria is caused by a gene mutation. The body of a person born with PKU is unable to break down phenylalanine, an important substance in human metabolism. As a result, phenylalanine accumulates in the body and can lead to the person developing an …

How is phenylketonuria diagnosed?

Phenylketonuria is normally diagnosed in the days after birth with a newborn screening blood test (heel prick test).

How is phenylketonuria treated?

Phenylketonuria is treated with a special diet very low in phenylalanine.

Can phenylketonuria be cured?

Phenylketonuria cannot be cured at present; the condition is permanent and requires lifelong management.

Phenylketonuria is not contagious.

Can phenylketonuria be prevented?

Phenylketonuria is genetic and manifests at birth. The symptoms of phenylketonuria can be prevented by following a special phenylalanine-restricted diet.

Are there different types of phenylketonuria?

Phenylketonuria can show up as mild, moderate or severe, depending on the specific mutation of the PAH gene.

How common is phenylketonuria?

Phenylketonuria is a rare condition. It appears in about one in every 15,000 newborn babies and there are about 50,000 people worldwide living with the condition.

Cerebral palsy (CP) is a group of conditions that affect how a person moves and controls their muscles. It is a result of damage that occurs to the brain before birth, or in the first few months after.…

Cleft lip and palate are congenital conditions in which the two sides of a baby’s top lip or roof of the mouth do not join up during foetal development. Surgery is normally performed to correct the condition, usually between the ages of six months and two years.…

Fetal alcohol syndrome may occur when an unborn child is exposed to alcohol consumed by its mother during pregnancy. The condition may have devastating effects on the development of the fetal brain and the child’s subsequent intellectual, physical and behavioural development.…

Pectus excavatum, also known as ‘funnel chest’ or ‘sunken chest’, is a deformity of the chest wall present from birth. The connective tissue that connects the breastbone to the ribs grows too much, so the middle of the chest appears sunken.…