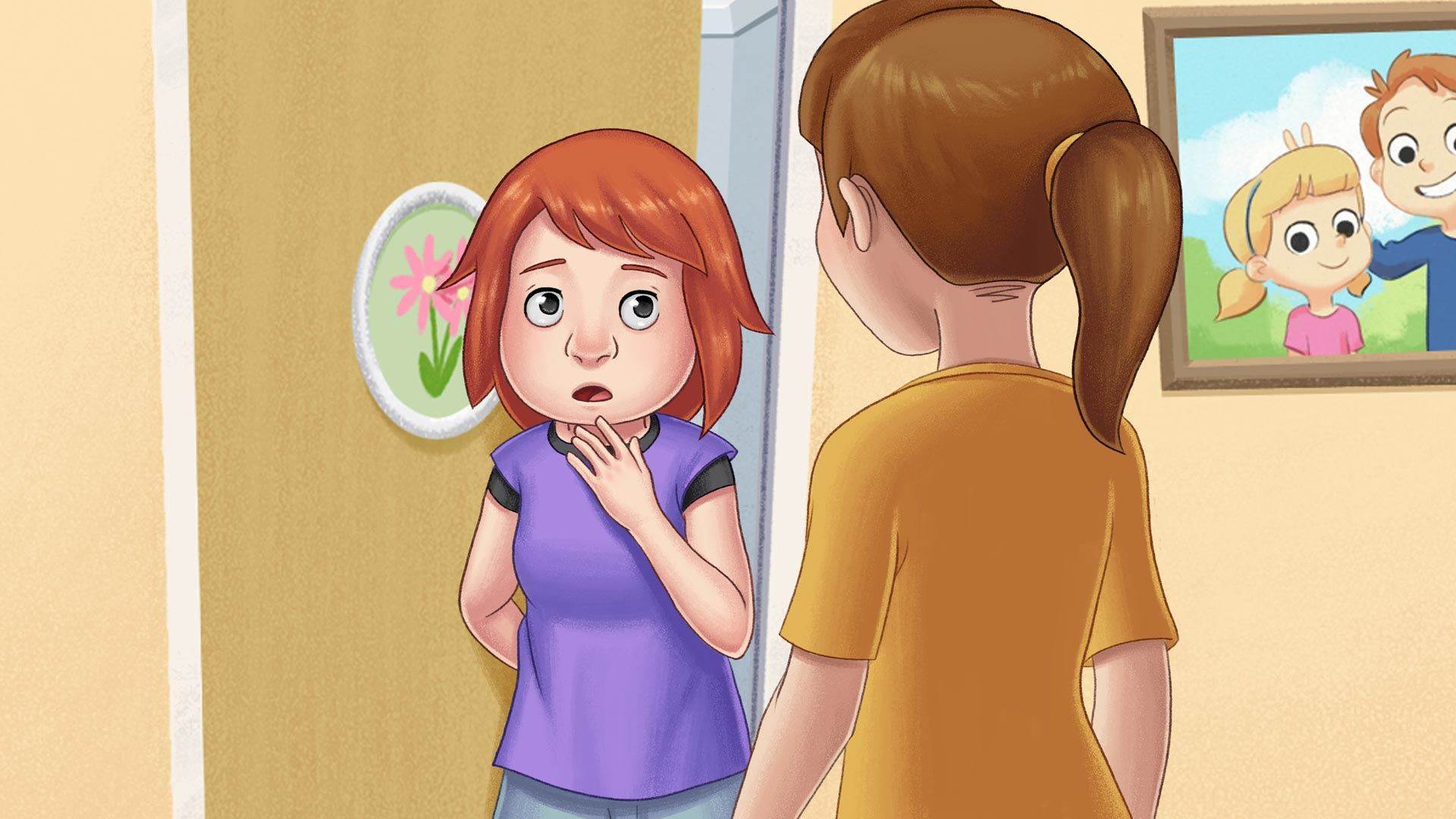 What is bulimia nervosa?

Bulimia nervosa is an eating disorder and a serious mental illness. People who have bulimia often binge eat, meaning that they eat far more food than is normal in a short amount of time. They may feel like they have no control over how much food they eat and try to make up for their binge eating by making themselves vomit, using laxatives, fasting or excessively exercising. 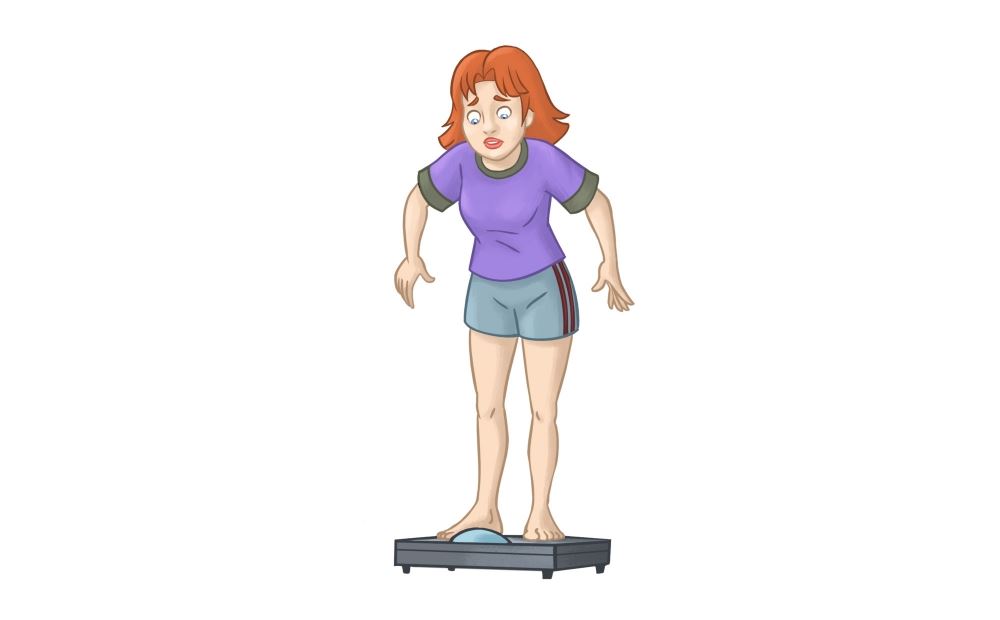 Bulimia nervosa can cause negative thinking about personal weight.

A person with bulimia has a regular behavior of binge eating followed by deliberate vomiting (purging), using laxatives or diuretics, fasting or excessively exercising to counteract their initial overeating. Typically, the cycle of overeating and purging or fasting occurs once or twice a week.

It is common for a person with bulimia to try and hide their condition from others. Sometimes there may be several warning signs that a person is suffering from bulimia. These may be physical signs, changes in behavior, or changes in the way a person thinks.

Physical signs of bulimia include:

Some of the behaviors that may be associated with bulimia include:

Psychological signs associated with bulimia include: 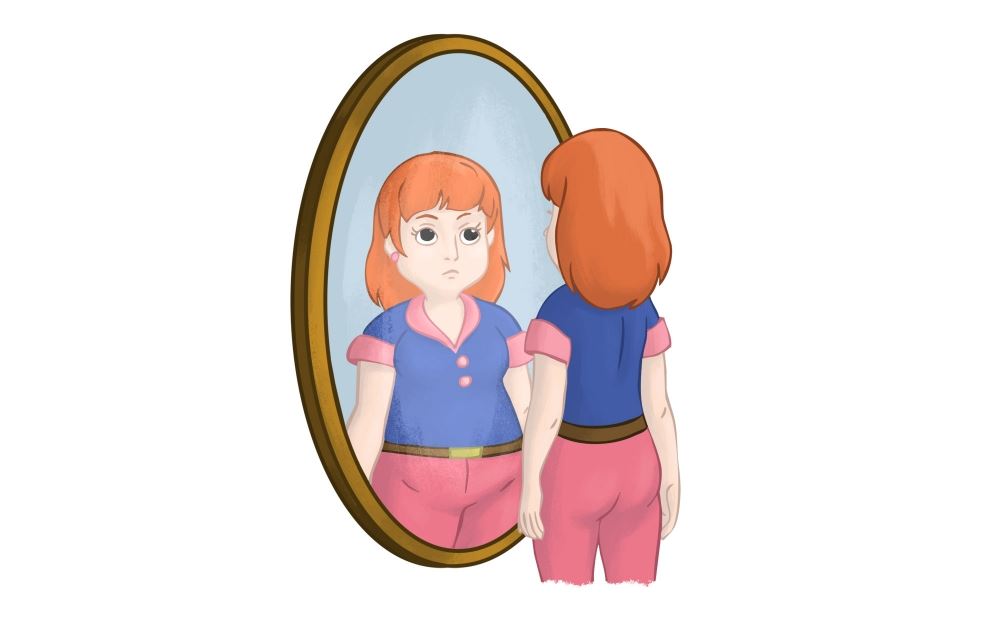 Having a distorted body image is a common symptom of bulimia nervosa.

There are two main subtypes of bulimia, which are classified on the basis of how people compensate after binge eating.

Purging bulimia is when a person tries to get rid of the food they have eaten after a binge by making themselves vomit or by misusing laxatives, which are medicines usually used to relieve constipation. Purging may also include a person giving themselves an enema or taking diuretics, which are medications that help your body get rid of excess water and salt through the urine.

Non-purging bulimia occurs when a person compensates for their binge eating by going for long periods without eating (fasting), or by exercising excessively.

A procedure in which fluid or gas is injected into the rectum for cleansing, diagnostic or therapeutic purposes.

Bulimia can sometimes be difficult to diagnose. Many people with the condition are in the normal weight range and tend to hide their behavior from others. To work out if a person has bulimia or another type of eating disorder, a doctor will ask them questions about their medical history, mental health and lifestyle.

There are a number of different treatment options available for people with bulimia. Treatment can involve a combination of psychotherapy, which is sometimes called 'talking therapy' and medication to help improve the person's mental health.

If you have bulimia, meeting regularly with a therapist to discuss your thoughts and feelings may help you manage your condition. This is known as psychotherapy. A common type of therapy used to help treat bulimia is called cognitive behavior therapy, which can help to teach people affected by an eating disorder healthy ways of thinking about food and how to think more positively about themselves and their weight. 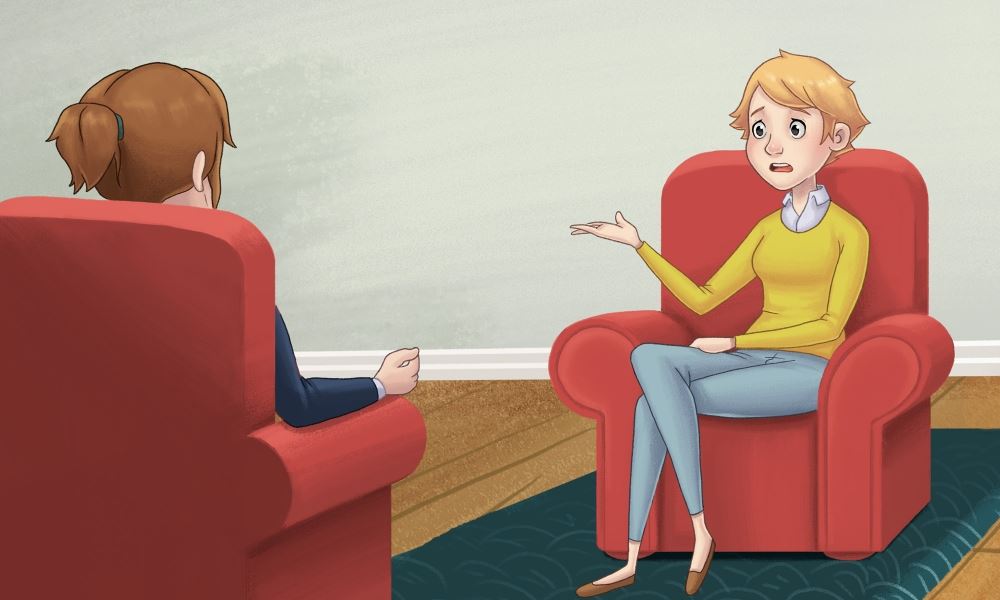 Psychotherapy can assist with treatment of bulimia nervosa.

In some cases, a doctor may prescribe antidepressants, in addition to psychotherapy, to help treat bulimia. This may include selective serotonin reuptake inhibitors, such as fluoxetine.

Antidepressants generally need to be taken for at least two weeks before there is any improvement in symptoms. When stopping antidepressant medication, the dose usually needs to be reduced gradually over time to prevent any withdrawal responses.

Medication used to treat depression and other mood disorders.

A chemical messenger within the brain that is thought to play a role in mood and behavior. Many antidepressant medications act by increasing the amount of serotonin in the brain.

Any abnormal difficulty that interferes with the sexual response or sexual activity of an individual or a couple.

Over time, bulimia can lead to several other medical complications. The frequent cycles of binge eating and purging can cause dehydration and result in low levels of essential salts and minerals, known as electrolytes, in your body. Bulimia can also lead to problems with the digestive system including irregular bowel movements and constipation.

Exposure to stomach acid from frequent vomiting can cause damage to the gullet (esophagus) and teeth, leading to dental cavities and damaged tooth enamel.

Substances that form ions when dissolved in water. These include potassium and sodium minerals that are necessary for normal functioning of the body and all its cells.

Also called the gullet or food pipe, it is the muscular tube connecting the throat and stomach. It is lined with a mucous membrane. After ingestion, food and drink travel down the esophagus to be digested in the stomach.

The outer layer of the tooth. Typically 1-2mm thick, this is the whitest part of the tooth, forming a protective shell over the underlying dentine.

Bulimia is a long-term condition that requires long-term management. It is possible to recover from an eating disorder, but recovery can be very challenging. If the warning signs are detected and treated early, there is a better chance of recovery. A team of doctors, therapists and other healthcare professionals can help people with the condition return to a healthy lifestyle.

Bulimia is an eating disorder and a serious mental illness. People who have the condition often binge eat, meaning that they eat far more food than is normal in a short time. People with bulimia often feel like they have no control over how much food they eat and try to …

What is an eating disorder?

How is bulimia different from anorexia?

Bulimia and anorexia are both eating disorders. People with anorexia restrict how much food they eat, while people with bulimia often eat far more food than is normal in a short time and try to compensate for this by making themselves vomit, using …

What is the difference between bulimia and binge eating disorder?

Bulimia and binge eating disorder are similar in that they both involve binge eating, which means eating far more food than is normal in a short amount of time. People with bulimia tend to compensate for this behavior by …

What causes an eating disorder?

It is not known exactly what causes eating disorders. They are thought to develop from a combination of genetic and environmental factors. People who have a close family member with an eating disorder, who have low self-esteem, depression or have experienced …

Can men get bulimia?

Men can and do suffer from eating disorders, including anorexia and bulimia. In Australia about one in every four people with bulimia are male.

What is binge eating?

Binge eating is when a person eats far more food than is normal in a short amount of time. Binge eating is associated with an eating disorder called bulimia, where people regularly binge eat and then purge the food by vomiting or using laxative or compensate by going …

What are the treatments for bulimia?

The treatment for bulimia may include psychotherapy, which involves meeting regularly with a therapist to learn healthy ways of thinking about food and how to think more positively about weight and body image. Some people may also be prescribed …

What are some of the signs that someone has bulimia?

It can sometimes be very difficult to work out whether someone has bulimia. It is common for a person with bulimia to try and hide their condition from others. Some of the warning signs that a person has bulimia include signs of frequent …

Can people recover from bulimia?

Yes, it is possible for someone to recover from bulimia. Although recovery can be very challenging, a team of doctors, therapists and other healthcare professionals can help people with the condition recover and return to a healthy lifestyle.

Anorexia nervosa is a mental health and eating disorder in which a person has a distorted body image and a strong fear of gaining weight. This leads to limiting food intake and/or exercising excessively and often leads to extreme weight loss.…