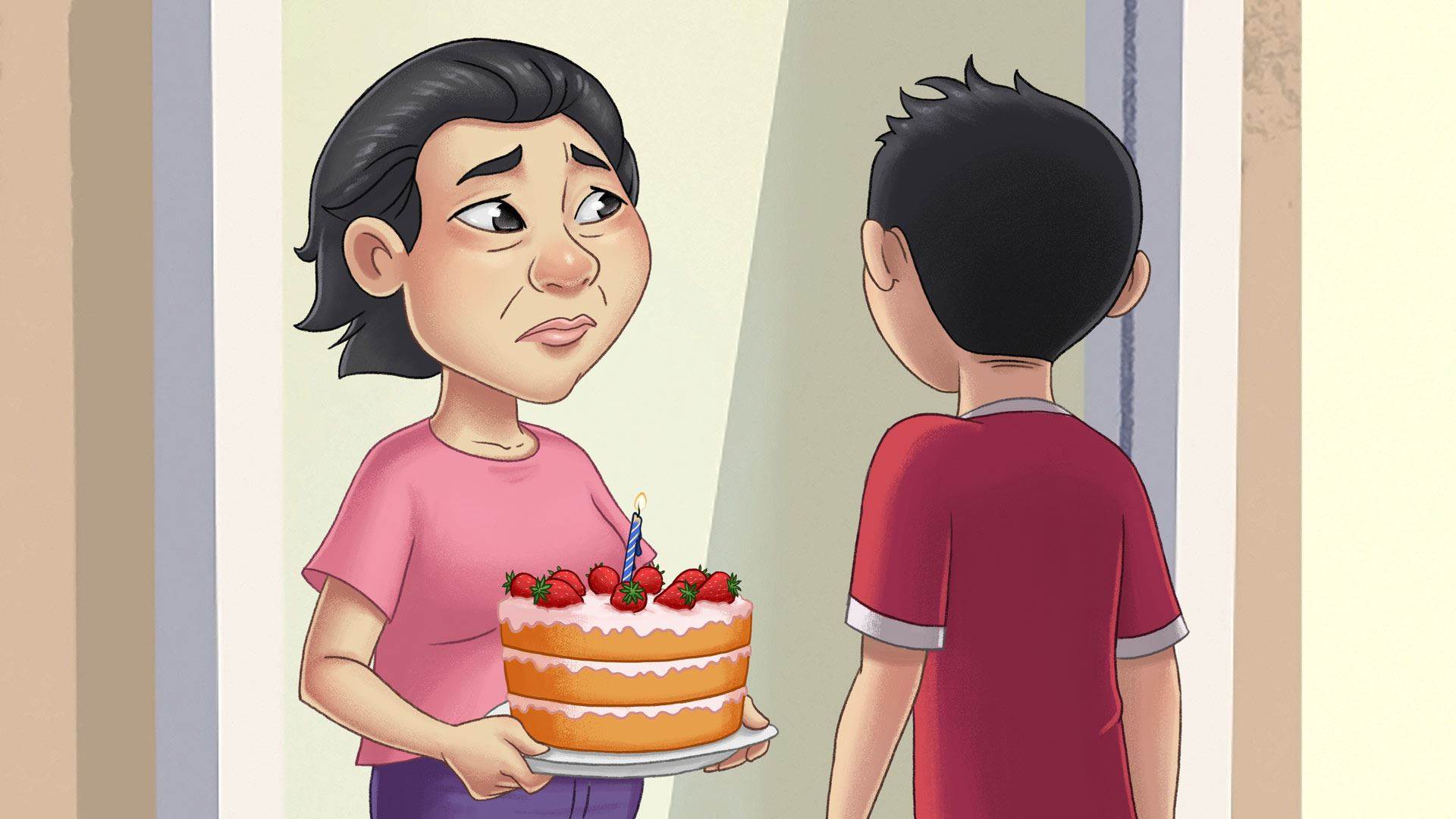 What is antisocial personality disorder?

A person with a personality disorder has difficulty understanding and relating to people and situations, and can experience significant problems coping with work, school, social and intimate relationships. Because their way of thinking and acting seems natural to them, many people with personality disorders may not realize they have a disorder and may blame those around them for the challenges they encounter in life.

ASPD is usually a lifelong condition that may first become apparent in childhood or early adolescence and increases in severity during adulthood, peaking in a person's late 20s or early 30s.

People with ASPD typically struggle to conform to cultural norms and may engage in criminal activity, have difficulty maintaining ongoing employment, manipulate others for their own gain and struggle to form and sustain social relationships.

People with ASPD lack empathy for others and may not be capable of feeling remorse, or learning from negative outcomes they experience.

The severity of symptoms associated with ASPD can vary widely between individuals. Psychopathy is the most severe type of ASPD, but not all people with ASPD are psychopathic.

A personality disorder characterized by antisocial behavior comprising lack of remorse, lack of empathy and general disregard for others.

There is no single factor responsible for the development of ASPD. The disorder is likely to be caused by a complex interplay between biological, genetic, social and psychological factors.

Some people may inherit genes that make them more vulnerable to developing ASPD; the condition may then be triggered by particular life situations. One theory proposes that being exposed to physical or emotional abuse during childhood disrupts normal brain development by triggering an abnormal release of messenger molecules to the brain. There may be a link between levels of serotonin in the brain and ASPD. [2] A genetic dysfunction in serotonin regulation may predispose some people to the impulsive and aggressive behavior associated with antisocial personality disorder.

A unit of inheritance (heredity) of a living organism. A segment of genetic material, typically DNA, that specifies the structure of a protein or related molecules. Genes are passed on to offspring so that traits are inherited, making you who you are and what you look like.

A chemical messenger within the brain that is thought to play a role in mood and behavior. Many antidepressant medications act by increasing the amount of serotonin in the brain.

Risk factors may include:

The behavioral patterns associated with ASPD can begin early in childhood and become increasingly apparent as a child reaches adolescence.

Some of the more typical childhood symptoms include:

As the child matures into adolescence and adulthood, other problems may develop as their responsibilities grow.

Some of the more typical adolescent/adulthood symptoms may include:

The behavioral patterns of ASPD tend to decrease with age; most of the symptoms will ease by the time someone is in their 40s or 50s. However, it is unclear whether this is because of ageing itself, or due to a person's improved self-awareness of the poor outcomes of their negative behavior.

Refers to a condition that is caused by a physical or mental disease.

An initial evaluation of a person will involve taking their medical history, performing a physical examination and, in some cases, ordering relevant laboratory tests. In particular, a neurological examination will be done to identify underlying conditions that may be causing the symptoms.

The medical history forms the most important part of diagnosis. Studies have shown that family members form a crucial part of establishing an accurate medical history. The medical history involves asking when the symptoms started, how much they affect daily life and whether the person has experienced thoughts of self-harm, suicide or harm to others.

Laboratory tests may include a full blood count, thyroid function, liver function and urine screening for alcohol and other drugs. Laboratory tests can help establish whether the symptoms are being caused by an underlying medical condition.

ASPD is suspected in people who present to their healthcare provider with substance abuse, injury from reckless behavior, drug-seeking behavior, recurrent sexually-transmitted infections, or evidence of physical abuse.

ASPD is only diagnosed in people over 18 years of age. There are specific criteria that need to be met in order for the diagnosis to be made:

A diagnosis of ASPD may be made when someone over the age of 18 exhibits an ongoing pattern of disregard for, and violation of, the rights of others, which is accompanied by at least three of the following behaviors:

The act of intentionally killing oneself.

ASPD is a challenging condition to treat. There is currently no effective treatment available.

No specific medication is recommended for treatment, as no particular medication has been shown to be effective. However, some people may experience relief from some of their symptoms with medication. In particular, people with severe aggression can potentially be treated with a range of medications that may include risperidone, quetiapine, sertraline or fluoxetine, lithium carbonate or carbamazepine. Such medications may have side effects including irregular jerky or rigid movements, tremors or spasms, weight gain and metabolic syndrome.

People with ASPD who also experience major depression, substance abuse or anxiety may also benefit from medication, but the effectiveness of such treatment is still not clearly understood.

In particular, antisocial people with substance abuse problems may benefit from joining an addiction support program, such as methadone maintenance, which has been shown to decrease criminal behaviors and improve interpersonal relationships.

People with ASPD often have traits that interfere with the process of cognitive behavior therapy. It can prove too difficult to work with them despite the best efforts of the therapist. However, some people with mild forms of ASPD may benefit from such therapy.

Given the difficulties faced by people with ASPD, family members can learn effective coping strategies to learn how to set boundaries and help protect themselves from the aggression, anger and violence that are common in people with ASPD.

The act of deliberating injuring oneself, such as cutting or burning one's skin.

ASPD is usually a lifelong disorder that begins in childhood and is fully expressed by late 20s or early 30s. An earlier diagnosis can help to improve outcomes, help with family and community involvement, marital attachment and employment status. Most people's symptoms will ease with age.

What is antisocial personality disorder?

Antisocial personality disorder is a mental disorder characterized by ongoing patterns of manipulation, exploitation and violation of the rights of others.

What are the symptoms of antisocial personality disorder?

Someone with antisocial personality disorder may: • Be overly charming; • Persistently lie or steal; • Lack remorse and the ability to feel guilty; • Break the law; • Show irresponsibility financially and with employment or study, …

There is no single cause of antisocial personality disorder; it is likely due to a complex interaction between biological, physical and psychological factors.

Who gets antisocial personality disorder?

Men are much more likely to develop antisocial personality disorder. Although the symptoms may appear during childhood or early adolescence, the condition is not diagnosed until adulthood.

How is antisocial personality disorder diagnosed?

A healthcare provider will diagnose antisocial personality disorder based on a physical examination and after taking a detailed medical history and psychological evaluation.

How is antisocial personality disorder treated?

Antisocial personality disorder is very challenging to treat. Some people may respond to medication and cognitive behavioral therapy. Family members are encouraged to seek professional guidance for developing coping strategies to protect …

Can antisocial personality disorder be prevented?

There is no reliable way of preventing antisocial personality disorder.

What is the outlook for antisocial personality disorder?

The most severe aspects of this disorder tend to improve with age. However, some people may experience complications associated with substance abuse, recklessness and criminal activity.

How common is antisocial personality disorder?

Antisocial personality disorder is estimated to affect around 2-3% of the general population. Men account for around 70% of cases.

It is thought to be more common in children: • With a family history of mental disorders; • Who are exposed to physical, sexual or emotional abuse; • Whose parents go through a traumatic separation, or; • Whose parents suffer from …

Borderline personality disorder (BPD) is a mental disorder that can make it difficult for people to control their behavior and emotions and to form stable relationships with other people. It usually arises in early adolescence.…

Oppositional defiant disorder (ODD) is a condition in which the person's behaviour is consistently angry, argumentative and defiant, particularly towards figures of authority. While it generally arises in early childhood, it can affect a person for their entire life. ODD needs to addressed as it can become serious later in life.…