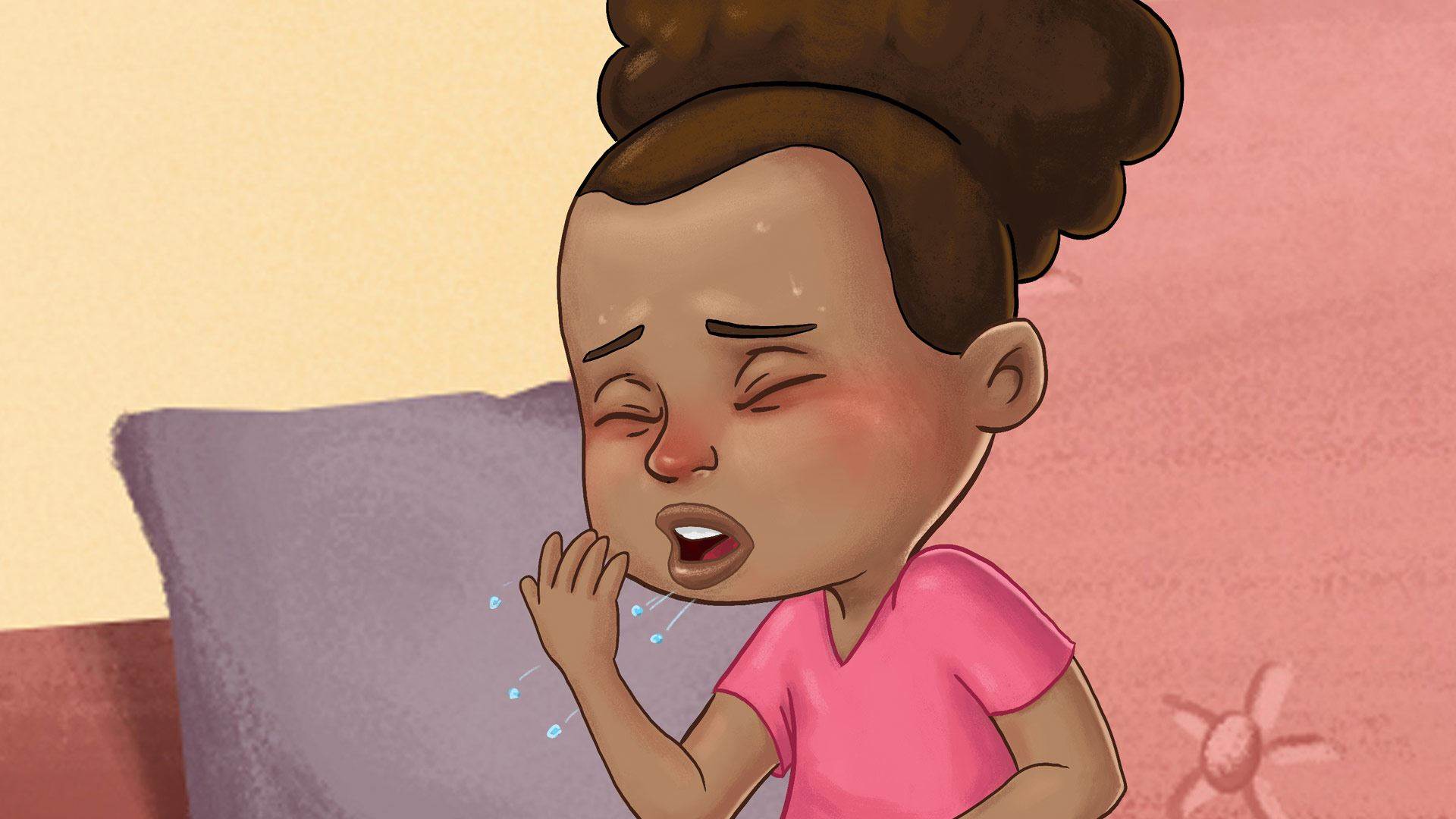 What is the flu?

Influenza, or 'the flu' for short, is an infectious viral disease. The flu has plagued humanity for thousands of years, with epidemics reported as far back as ancient Greece and Rome. Today, despite the availability of vaccines, the flu is still very common throughout the world, usually emerging at wintertime.

The flu is a different disease to the common cold and is caused by a different family of viruses. It is usually a mild disease that causes temporary discomfort, but complications can occur and result in serious illness and even death, particularly for elderly people, children and people with weak immune systems. The flu epidemics occur periodically and can affect large numbers of people.

The flu is caused by influenza viruses. When a person infected with an influenza virus sneezes or coughs, the virus spreads into the air via millions of tiny droplets, each containing many viruses.

Your immune system will react to the virus and eventually develop an effective immune reaction to it. The immune system's memory of this infection helps the body fight off future infections by the same virus. However, the influenza virus is remarkable for its ability to change its properties.

This is why you can get the flu many times - new strains of viruses are constantly being created and spread from person to person. When we are infected with this new strain, it is unfamiliar to our immune system, so it has no immune memory against it and we get sick.

Anyone can become infected with the influenza virus and develop the flu. People at increased danger of developing the symptoms and experiencing complications are those whose immune systems are weakened or not fully developed. They can include:

There are three major types of influenza viruses - A, B, and C. Types A and B are the ones that affect humans most, and will be the only types discussed here. Each can have hundreds of different strains. There are also influenza viruses that infect animals - notably birds and other mammals.

The flu occurs in several distinct cycles. Seasonal flu comes around on a yearly basis, while the flu epidemics are less common and occur once a decade on average. The difference between seasonal and epidemic flu is the way in which each virus can evolve:

Seasonal flu is the 'normal' type of flu. Small mutations in a virus's genes occur regularly and are known as antigenic drift; this is what causes the flu to re-emerge and spread throughout the world every year.

The genetic material of the influenza virus is not a single entity, but is divided into eight separate segments. Occasionally, an individual (often a non-human animal, such as a pig) will catch two different strains of the influenza virus. If two different strains infect a single host cell, there is a good chance that the genetic segments of the two strains will mix together.

When that happens, the segments from the two strains sometimes happen to get packed together into the same virus particle. This genetic 'remix' creates a new strain that is very different to existing ones. This type of mutation is known as antigenic shift.

Antigenic shift can also occur if an influenza virus that normally infects an animal species 'makes the jump' to humans. Antigenic shift is a rare event, occurring just once every 10 years or so, somewhere in the world. The new strain is very different to existing strains and so catches our immune systems by surprise. The result can be the flu outbreak or epidemic. 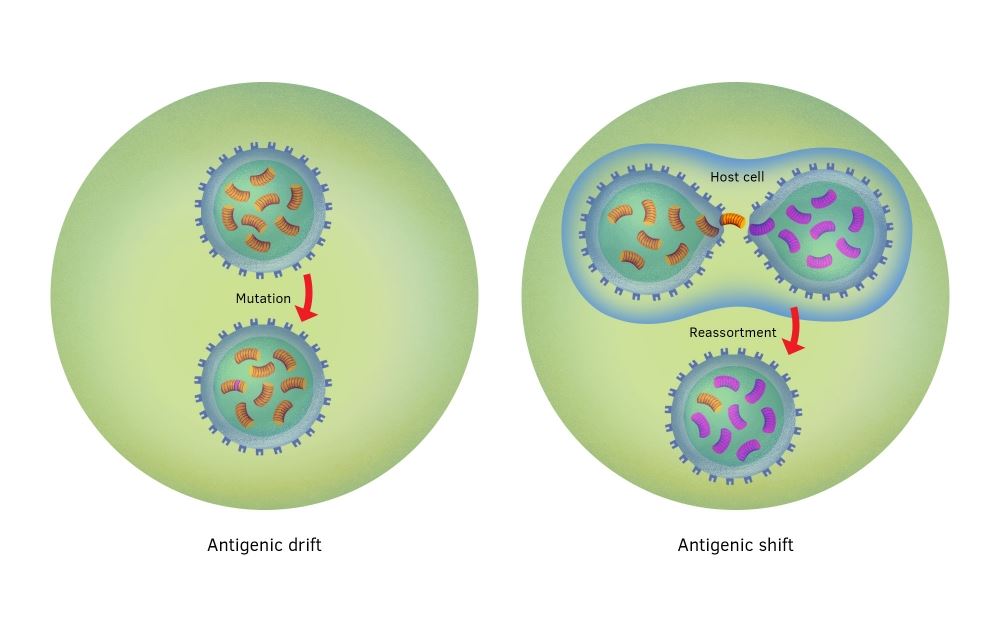 Mutations of the influenza virus during antigenic drift and shift.

Occasionally, when a new flu strain spreads particularly quickly from person to person and causes unusually aggressive disease, it is classified as a pandemic, a global health concern. This happens, on average, about once every 30 years, but it is not possible to forecast exactly when or where a pandemic will start.

The 21st century's first flu pandemic was the 2009 'swine flu', caused by the H1N1 flu strain. This was responsible for an estimated 100,000 to 200,000 deaths. [1] [2] However, a global prevention and treatment effort - and the fact that the virus strain was relatively benign - meant the pandemic turned out to be less lethal than was initially feared.

A rapid spread of disease in a population, affecting a significant number of people.

The symptoms of the flu develop 1-3 days after infection. They are like those of the common cold, but usually more severe. Symptoms can include:

The symptoms often last for about a week. Coughing can last for more than two weeks. 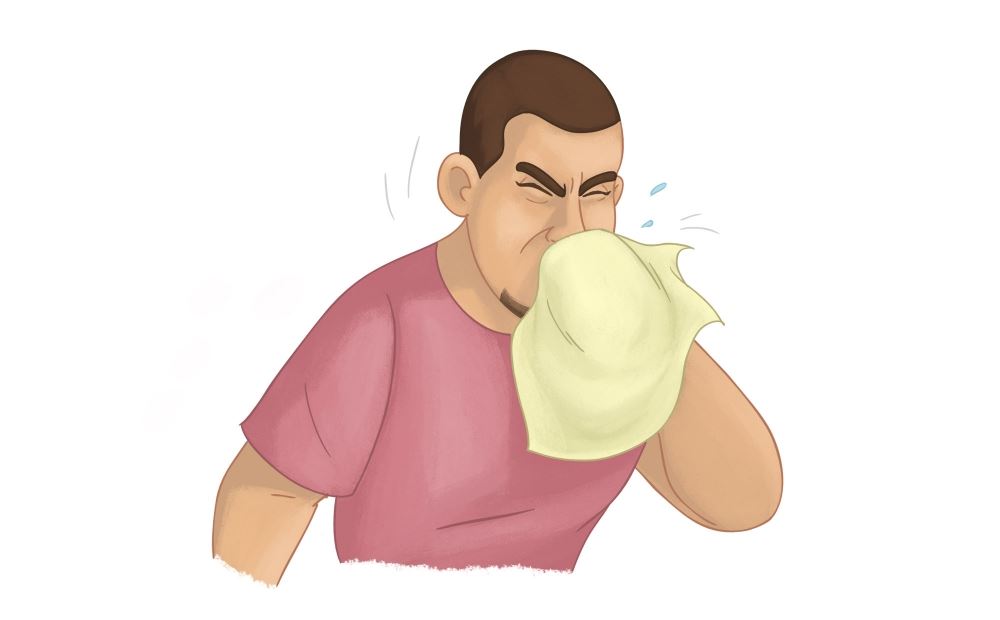 Coughing caused by the flu can last for more than two weeks.

Your doctor will normally diagnose the flu by the symptoms. Laboratory tests can be performed if required; for example, when health authorities want to know exactly which strain is involved.

The flu typically disappears after a miserable week or so. No treatment can cure the flu immediately, but there are some steps and some medications you can take to ease the symptoms.

Recommended actions when you have the flu include:

Some symptoms can be eased with medication, including:

Aspirin is not recommended for children under the age of 18, as it can lead to a rare but dangerous condition called Reye's syndrome. Antibiotics have no effect on the flu.

There are medications that can act against the influenza viruses themselves. To work, they need to be taken early - within the first two days of the disease. While these do not cure the flu completely and immediately, they can shorten its length by a day or two and ease the symptoms. Antiviral medication is mainly used for people who are at a high risk of developing complications.

A life-threatening condition that can occur in young children, characterized by brain inflammation and liver failure. Aspirin is a potential cause, especially when used in young children and teenagers with chickenpox, flu-like symptoms or other viral infections.

Also, people with existing chronic health problems are at risk of these conditions becoming worse while they are sick with the flu.

The flu is usually overcome naturally by the body's immune system after a week or two, with or without treatment.

Signs that a bout of the flu may be getting more serious and could require urgent medical attention include:

In babies and young children

Vaccination against influenza virus is the best form of protection. Vaccines are available and offered in many countries every year. Because new strains of the virus emerge every 'flu season' on a yearly basis, new vaccines to protect against them are needed. 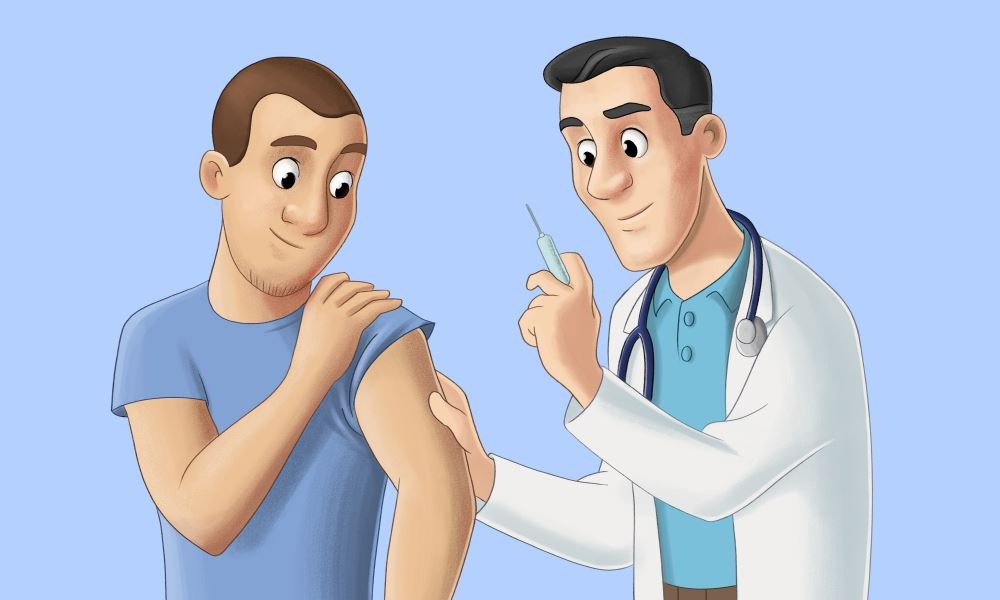 A vaccination is the best form of protection again the influenza virus.

To prevent infection it is recommended that you:

If you are already infected, to prevent the spread of infection:

What is the flu?

Influenza, or the flu, is a common viral infection.

What are the symptoms of the flu?

The common symptoms of the flu include fever, chills, headaches, weakness, fatigue, loss of appetite, a runny or stuffed nose, dry cough, sore throat and muscle and joint pain.

What causes the flu?

The flu is caused by an influenza virus. The virus can evolve rapidly, developing into new strains on a regular basis.

Who can develop the flu?

Anyone can develop the flu. People at a particular risk of serious illness and complications include elderly people, young children, pregnant women and people with chronic health problems.

How is the flu diagnosed?

Your doctor will normally diagnose the flu by its symptoms. Laboratory tests may be performed to verify the specific strain of virus that is causing the flu.

How is the flu treated?

The flu is treated by staying at home in bed, drinking plenty of fluids and keeping warm. Medications for relieving the symptoms may help alleviate the discomfort. Antiviral medications can be also be used under certain circumstances.

Will the flu clear up on its own?

Typically, the flu clears on its own.

Is the flu contagious?

The flu is very contagious, infecting others via the droplets that escape an infected person during sneezing or coughing.

Can the flu be prevented?

The best way to prevent the flu is by having an annual influenza vaccination. Other ways of minimizing infection with an influenza virus is by avoiding infected people, keeping your hands and your surroundings clean and disinfected, and maintaining good nutrition …

Will the flu keep returning?

The influenza viruses change their form regularly. This results in regular reappearance of the flu which cannot be treated with medications.

Coughing is your body's way of getting rid of any foreign material or mucus in your lungs. Coughing can be a response to breathing in dust or fumes that irritate the nerve endings in the airways, or can be a symptom of a medical problem, such as a lung infection caused by bacteria or a virus, or a long-term lung disease such as asthma.…

Pneumonia is a lung infection, usually caused by bacteria or viruses, often after a cold or flu. It causes air sacs in the lung to fill with fluid and mucus, affecting breathing. Pneumonia can be more serious in children, the elderly and people with weakened immune systems.…

A common cold is a viral infection of the upper respiratory tract. Symptoms include a stuffy or runny nose, coughing and sneezing. They are not usually serious and will generally get better by themselves within a few days to a week.…