Syphilis is a sexually-transmitted infection that is caused by bacteria called Treponema pallidum. It is transmitted during unprotected sexual activity with an infected person.

The symptoms of syphilis vary according to the stage of infection:

The primary stage of infection is generally marked by the appearance of a painless ulcer, usually on the genitals. Sometimes there can be multiple ulcers, which can also appear on other areas of the body. However, one in four people do not develop this ulcer and the infection can continue unknown.

If primary syphilis is left untreated, it can progress to secondary syphilis several weeks after the initial infection. It presents as a widespread rash on the trunk of the body, face, or extremities. In oral syphilis, red ulcers can also appear on the tongue. These symptoms can come and go for up to two years.

It can also lead to liver, kidney, joint and eye problems.

Secondary syphilis can enter a latent stage if it continues to be untreated. Latent syphilis does not have any physical symptoms. However, individuals can remain infectious during the latency stage. Two-thirds of untreated people develop latent syphilis.

Up to one in three people with latent syphilis develop tertiary syphilis. It is caused by the body's immune response, triggered by the infection, damaging tissues such as the nervous system and blood vessels. This causes neurological and cardiovascular complications. It can also cause soft lumps in the skin called gummas, and/or red, scaly plaques that resemble psoriasis. Symptoms typically develop 3-20 years after the initial infection. 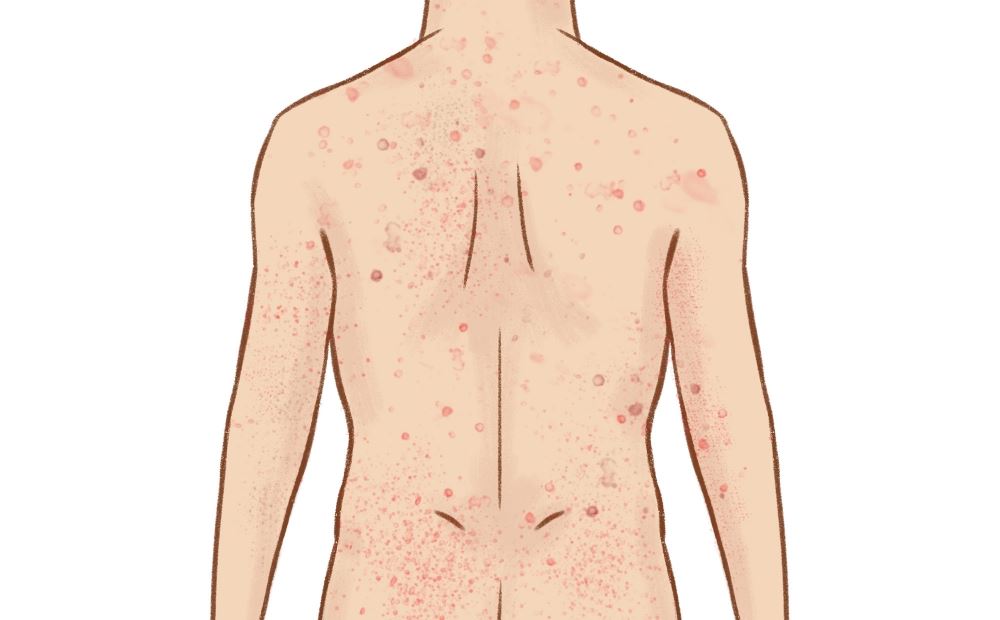 A widespread rash on the back due to secondary syphilis.

A collection of symptoms caused by permanent disorders of the brain. People with dementia lose their ability to think and reason clearly, which has an impact on their daily functioning.

The risk factors for syphilis are:

Syphilis is diagnosed from blood and mouth swab samples. Regular sexual health check-ups are important if you are sexually active, particularly if involved in high-risk sexual behavior, such as men who have sex with men.

Syphilis is treated with antibiotics, most commonly penicillin. If you are allergic to penicillin, and not pregnant, other treatment options include doxycycline and tetracycline. A single injection is enough to clear the infection which is in a primary, secondary or early latent stage. If the infection is in the late stages of latency or the stage of infection is unknown, three injections are administered over a three-week period, one injection per week.

The earlier you are treated, the less likely you are to have complications associated with the infection. All sexual contact should be avoided until the treatment course is finished. This is to reduce the risk of transmitting the infection on to others.

Syphilis of the brain (neurosyphilis) can occur at any stage of infection. This can cause mood swings and psychosis, as well as loss of memory and loss of sensation in the legs and feet.

Syphilis can be passed on to a unborn baby during pregnancy or at birth, by a mother with an untreated infection. Testing for syphilis prior to getting pregnant can allow for treatment, which then prevents the unborn baby from developing long-term complications and possibly death. Nearly half of all unborn babies infected with syphilis die shortly before or after birth. If the baby survives, they may be blind, deaf, have deformities of the face and/or nervous system problems.

Syphilis has been linked to an increased risk of contracting a HIV infection. One theory for this is that the sexual behaviors that lead to individuals acquiring syphilis, such as male-to-male sex and unprotected sex, increase the risk of acquiring HIV. Another theory is that genital ulcers caused by syphilis provide an entry point for HIV infection.

A virus transmitted mainly by sexual or blood-to-blood contact, that infects cells of the immune system. It is the causative agent of acquired immune deficiency syndrome (AIDS).

Treatment with antibiotics clears up the infection in a few weeks. An infection with syphilis does not prevent contracting future infections. 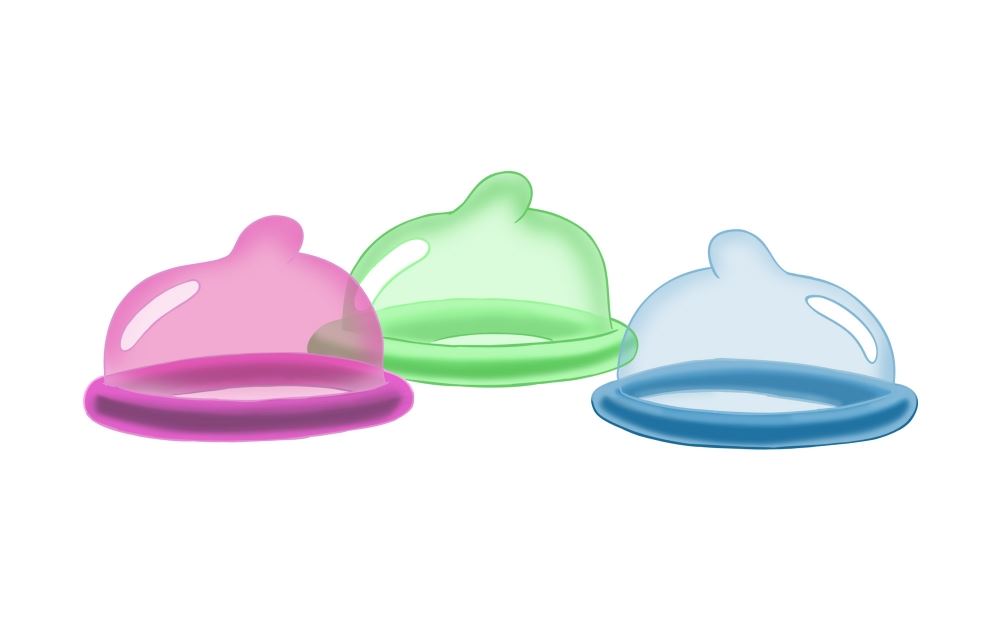 Using condoms can reduce the risk of contracting syphilis during sex.

Syphilis is a sexually-transmitted infection caused by a type of bacteria called Treponema pallidum.

What are the symptoms of syphilis?

The symptoms of syphilis depend on the stage of infection. In primary syphilis, the only symptom can be a painless ulcer, most often found on the genitals. In secondary syphilis, the main symptom is a widespread rash that can appear anywhere on the body. …

Syphilis is caused by a type of sexually-transmitted bacteria called Treponema pallidum.

Anyone who is sexually active can get syphilis, although it is more common in people who have unprotected sex, have multiple sexual partners and men who have sex with men.

How is syphilis diagnosed?

Syphilis is diagnosed with a blood test and throat swab.

How is syphilis treated?

Syphilis is treated with antibiotics injected into the muscle. Penicillin is used unless you have an allergy, in which case other treatment options include doxycycline and tetracycline.

Will syphilis clear up on its own?

Syphilis will not clear up on its own. You need to use antibiotics to clear the infection, otherwise it can progress over time.

Can syphilis be prevented?

Practicing safe sex can reduce your risk of catching syphilis. This can mean using a condom and being selective about your sexual partner(s) to those who don't have syphilis and other sexually-transmitted infections.

Will syphilis keep coming back?

You can catch syphilis even if you have had it before, so regular sexual health check-ups are important if you are sexually active.

What happens if syphilis occurs during pregnancy?

Syphilis can cause serious complications. Pregnant women risk the death of their baby. If you are planning on getting pregnant, speak to your doctor about prenatal screening for syphilis.

Pelvic inflammatory disease, or PID, is the infection of a woman’s reproductive organs and surrounding pelvic tissues. It occurs most commonly when a sexually-transmitted infection spreads beyond the vagina to internal pelvic organs. This can lead to long-term complications if not recognised and treated early.…

It is normal for women to have some vaginal discharge. The appearance and amount of discharge will vary, according to factors such as ovulation, pregnancy or starting oral contraceptive medication. There are infections such as thrush, chlamydia and gonorrhoea that can also cause changes to vaginal discharge.…

Vaginal itching is experienced by many women and may be accompanied by vaginal discharge. There are many causes for vaginal itching. Generally, it is easily treated.…