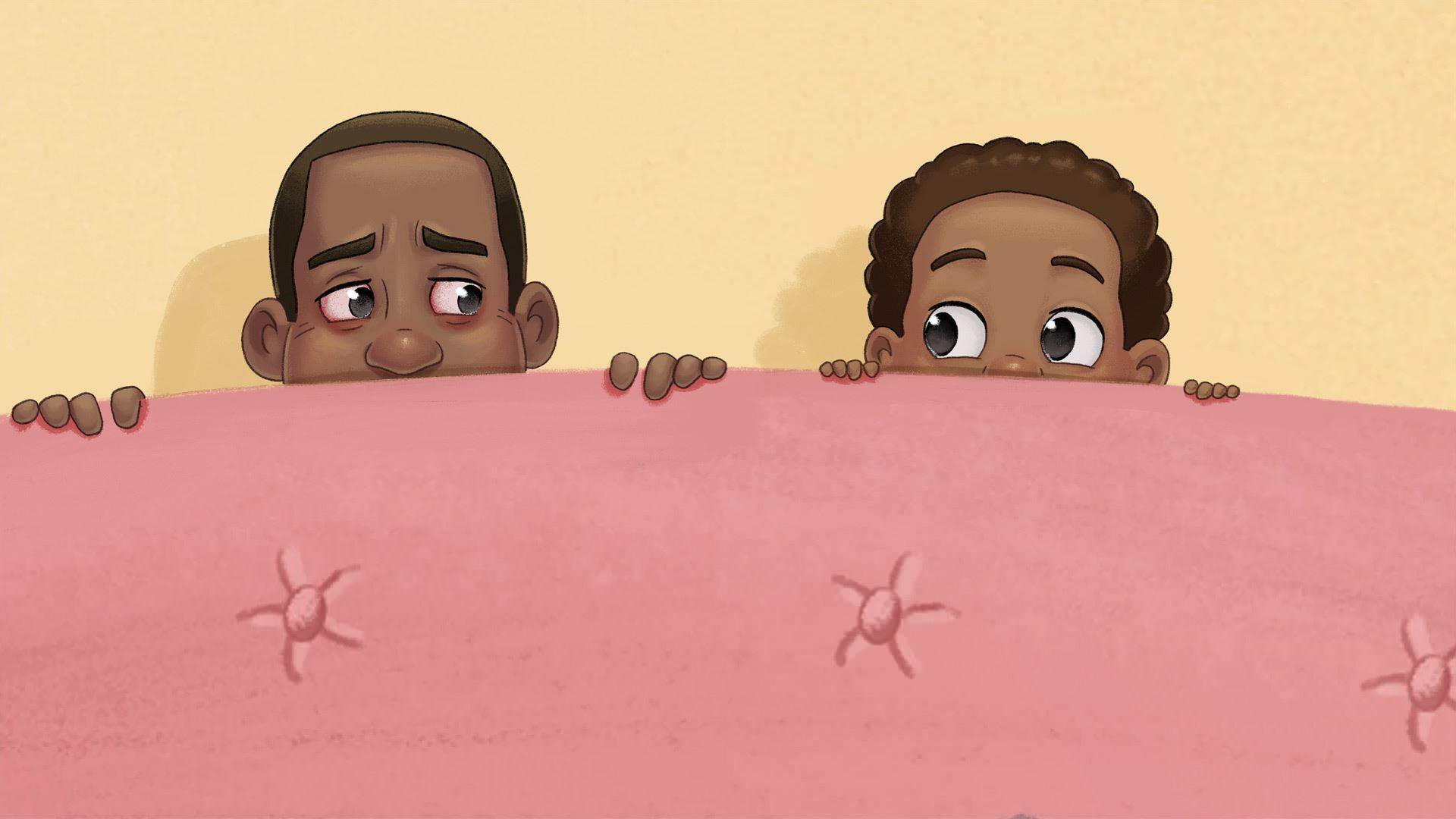 Smoking cessation, or quitting smoking, is the often difficult process of giving up the habit of smoking tobacco. Tobacco contains addictive compounds including nicotine, which makes it difficult for many people to quit. However, if you can beat this habit, it can be rewarding to your health and wellbeing.

Tobacco smoking is a worldwide threat to human life. In 2008, an estimated 5.4 million people died prematurely from tobacco-related diseases and, on current trends, this number will increase to 8 million deaths each year before 2030. [1]

Most smokers say they would like to quit, and may have tried at least once. Some are successful the first time, but many others try a number of times before they finally give up for good. There are various techniques and supports to help quit smoking.

Tobacco smoking is the single largest preventable cause of death in the US. It reduces your life expectancy and also decreases your quality of life. Inhaling the toxins contained in tobacco allows them to reach all areas of your body from the lungs.

Scientific studies confirm that if you smoke, you face increased risks of illness and/or death from conditions including:

Tobacco smoke contains thousands of chemical compounds, many of which are harmful to the body. In particular, there are certain poisons including carbon monoxide and tar in tobacco smoke.

Carbon monoxide, which is also present in car exhaust fumes, is a poisonous gas that can be fatal in large doses. It harms your body by taking the place of oxygen in your blood. This causes your lungs, heart and other organs to be starved of the oxygen they need to function properly.

Tar is a sticky brown material that coats your lungs. Tar can irritate your lungs and increase the formation of mucus, making it difficult to breathe.

The death of a fetus after 20 weeks of pregnancy.

As soon as you quit smoking, your body begins to repair itself. Your health will improve, you will live longer and you can save money. More specific advantages that may be realized after quitting smoking include:

Smoking is addictive, so it can take people many attempts before successfully quitting. It is important to find a strategy for quitting that is right for you and suits your lifestyle.

Some people prefer to cut down slowly and eventually quit, while others prefer to quit immediately (referred to as 'cold turkey'). Regardless of the chosen method, a suggested initial step is to follow a three-step plan in preparing to quit.

Decide on your reasons to quit

Reasons for quitting smoking are different for everybody. Some examples that may help you include: getting healthy, avoiding health risks, breathing easier and getting fit, being a role model to your children, saving money, or because you are planning to become pregnant.

Once you have decided on the reasons why it is important to quit, it is time to create a quit plan. This involves picking a date when you will quit smoking. It is best to choose a day within two weeks, to ensure you do not lose your motivation to quit. It can help to choose an easy day to quit smoking, one when you will not be around other smokers. Plan your quit day to involve some healthy activities, such as eating healthy foods, or going for a walk or bike ride.

You may also benefit from setting and achieving some small goals before the quitting day. This could involve avoiding smoking at times that you normally would, for example, with your morning coffee, in a work break, or at the pub. You can also prepare by making your house and car smoke-free, telling friends of your plans to quit and asking them for their encouragement.

Put the quitting plan into action

Now that you have a quit plan, it is time to put it into action. Most importantly, stick to your quit plan.

After quitting, some things that may help you to stay on plan include:

There are numerous techniques and supports to help quit smoking. These include:

'Cold turkey' involves immediately stopping smoking, without using medications. This can be difficult, but there is no harm in trying to quit cold turkey. However, you are likely to be successful with this method if you are a light smoker, smoke less than 10 cigarettes a day, and only experience mild cravings or withdrawal symptoms (see "Withdrawal symptoms of quitting").

While many people claim to quit smoking cold turkey, they often have needed advice or support to help them. Quitting smoking can be more than having to deal with cravings and withdrawal symptoms; often there are social triggers for smoking, such as friends who smoke, stressful situations or when drinking alcohol. These social triggers can often be challenging, which is where getting advice and support can help you quit successfully.

A professional guidance coach can help to provide you with structure, motivation and support. They can help you decide on reasons to quit, encourage you and help you manage your cravings and withdrawal symptoms. This can be in the form of counselling by a trained health professional or general practitioner. You may also benefit from self-help books or websites to help you quit, such as How to Quit Smoking.

Nicotine replacement therapy may be beneficial if you experience strong cravings or withdrawal symptoms. Nicotine is the main chemical released from tobacco smoking that causes an addiction to the habit. It stimulates the release of many chemical messengers in the brain, which help enhance attention, memory and feelings of pleasure. However, its effects are short-lived, as within 30 minutes of ceasing tobacco smoking, symptoms of cravings and withdrawals can set in. [3 ]

Nicotine replacement therapy replaces the body's craving for nicotine without exposing it to the harmful effects of other chemicals in tobacco smoke. Using nicotine replacement products to quit is always safer than continuing to smoke. Nicotine by itself has not been found to cause cancer or smoking-related illnesses.

Nicotine replacement therapy is available as chewing gums, inhalers, skin patches, lozenges and tablets. These products are available from pharmacies and some supermarkets.

There are other medications that can be used to assist quitting that include bupropion (commonly known as Zyban® or Clorpax®) and varenicline (commonly known as Champix®). Bupropion was initially developed as an antidepressant, but its mechanism to help quit smoking is unknown. Varenicline works by blocking nicotine in the brain, thereby making smoking less satisfying. These medications may not completely stop cravings, but they can significantly improve (almost double) the chances of quitting.

There are several other methods to help quit smoking, including hypnotherapy and acupuncture. However, they are less well researched. If you are considering using these methods, please discuss it first with your doctor. It may be worthwhile combining these methods with other proven techniques to help increase your likelihood of quitting.

It is a common misconception that weaker tobacco cigarettes, also known as 'lights', 'milds' or 'low-tar', are less dangerous. However, there is no evidence to support that these cigarettes have less risk of causing disease or cancers, than regular-strength cigarettes.

Filters on cigarettes have long been marketed as safer alternatives to non-filtered cigarettes. However, the opposite is likely true. Filters do not work, because:

There is not enough evidence to recommend the use of filters as a quitting method.

Quitting smoking is not easy and you will probably experience withdrawal symptoms that involve changes in your mood, behavior and body. Initial symptoms can vary, but may include restlessness and irritability, cravings, hunger, headaches, tiredness, poor concentration, depression, insomnia, sweating and an increased cough. These symptoms will usually only last for about 10 days, but can also take up to about three months to pass.

Quitting smoking can be a difficult thing to do. The good news is, it is never too late to quit and when you do, you will feel much healthier in the long term. It is best to quit as soon as possible, as the sooner you do, the greater the reduction in health risks. 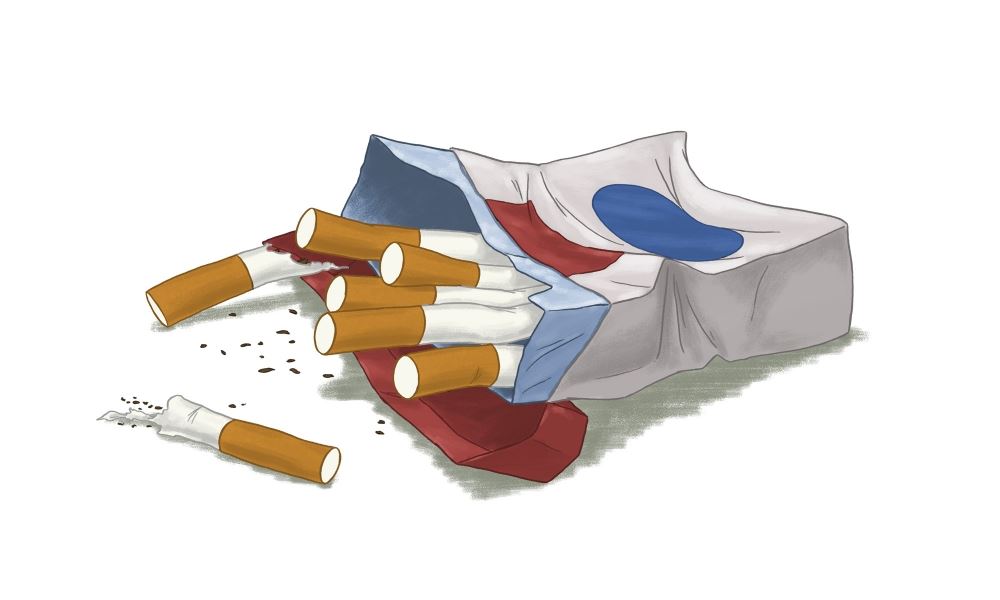 Quitting smoking can greatly improve many aspects of your life.

If you have tried to quit smoking in the past, but found it too hard, try again when you feel ready. It can commonly take several attempts to successfully quit. Perhaps you could try an alternative method, or a combination of techniques, which may often be needed for the best chance of quitting. You do not need to quit on your own; your doctor can provide advice and help support you in this process.

What is smoking cessation?

Smoking cessation, also commonly known as quitting smoking, is the process of stopping the smoking of tobacco. Tobacco contains addictive compounds including nicotine, which makes it difficult for many people to quit.

What are the health risks of tobacco smoking?

The use of tobacco reduces your life expectancy and also decreases your quality of life. Inhaling the toxins contained in cigarettes allows them to reach all areas of your body through the flow of blood. Scientific studies confirm that if you …

What are the health risks of smoking while pregnant?

What are harmful chemicals in tobacco smoke?

Tobacco smoke contains thousands of chemical compounds, many of which are harmful to the body. In particular, there are certain poisons including carbon monoxide and tar in tobacco smoke. Carbon monoxide is a poisonous gas that can be fatal in …

What are the benefits of quitting smoking?

As soon as you quit smoking, your body begins to repair itself. Your health will improve, you will live longer and you will save money. More specific advantages of quitting smoking include: your senses of smell and taste improve; exercising …

Are there different ways to quit smoking?

Smoking is addictive and can be difficult to quit; it can take people many attempts before quitting completely. It is important to find a strategy for quitting that is right for you and suits your lifestyle. This will help you be more in control of …

What are reasons to quit smoking?

Reasons for quitting smoking are different for everybody. Some examples that may help you include getting healthy and avoiding health risks, breathing easier and getting fit, being a role model to your children, saving money, or because you are planning to …

What can I do in preparation for quitting smoking?

You may benefit from setting and achieving some small goals before quitting smoking on a specific day. This could involve avoiding smoking at times that you normally would, for example, with your morning coffee, in a work break, or at the …

What are common withdrawal symptoms that occur after quitting smoking?

What is nicotine replacement therapy?

If you are heavily addicted to the nicotine in cigarettes, nicotine replacement therapy may be used to help you quit smoking. This has proven to be effective and involves the use of a combination of chewing gums, inhalers, transdermal skin patches …

Childhood immunisations help protect infants and children against a variety of diseases, without them being exposed to the actual diseases. Immunisations include tetanus, polio, measles and chicken pox vaccines. They also help protect friends and family by reducing the rates of these conditions.…

Dyslipidemia is an imbalance of the amount of fats or lipids, such as cholesterol and triglycerides, detected in the blood. It is also known as high cholesterol, hyperlipidaemia and hypercholesterolaemia.…

Lung cancer is the name for cancers that arise in lung tissue. Abnormal cells can interfere with lung function and spread to other parts of the body. Smoking is a major risk factor, although non-smokers can also develop lung cancer.…