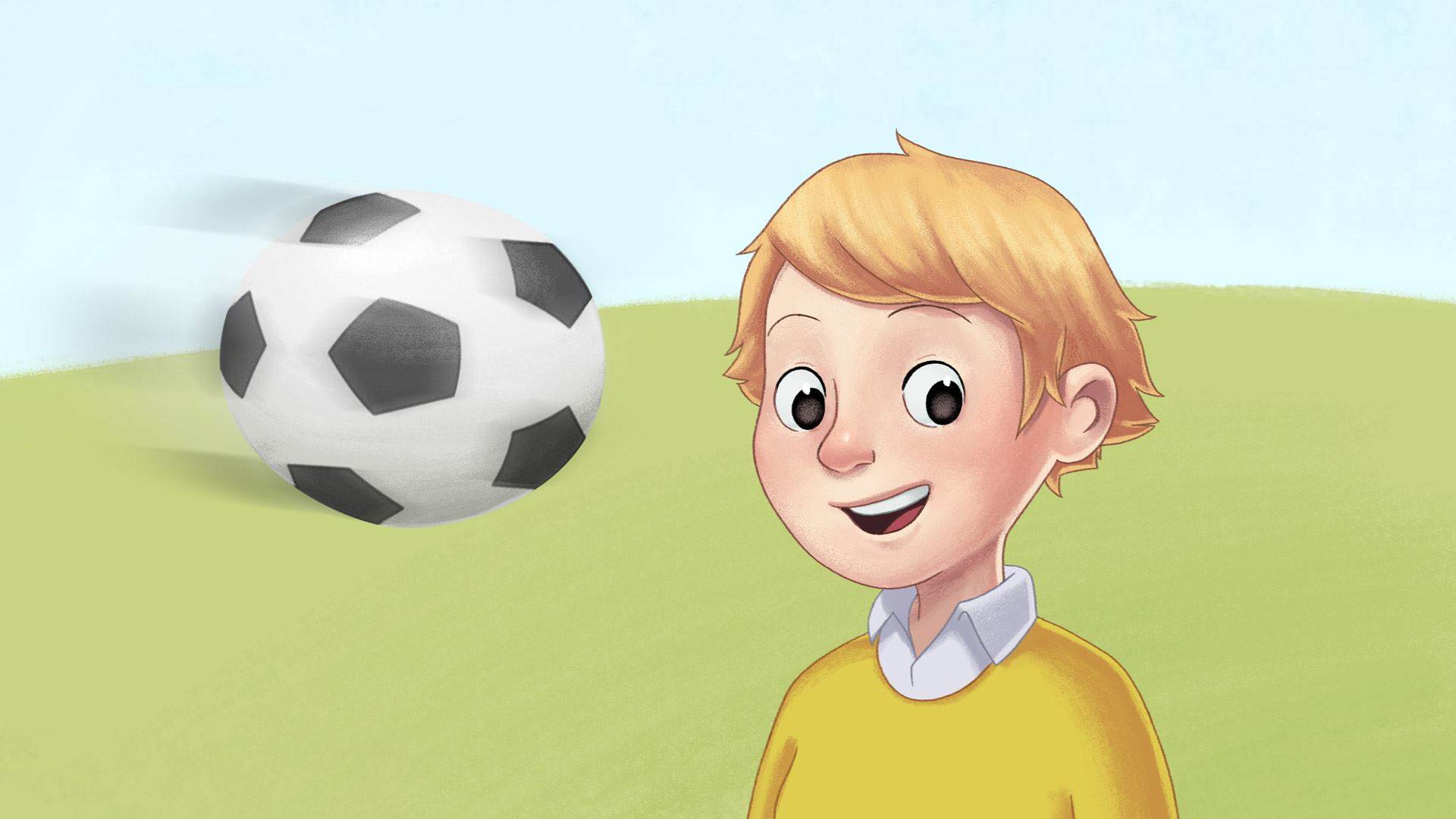 Rhinoplasty is surgery that is performed to reshape or repair the outer appearance of the nose. It is commonly known as a 'nose job'. It is performed by a trained surgeon, generally with the patient under general anesthesia.

The delivery of medication that is given to a person to put them to sleep while having an operation or medical procedure. Afterwards, the person regains consciousness and usually has no memory of the procedure.

Rhinoplasty can be performed for the following reasons:

Rhinoplasty can be performed in several ways. There are two common types of rhinoplasty:

Occasionally, rhinoplasty may be combined with other procedures, such as a facelift or correcting a deviated nasal septum, depending on the reason for the surgery.

It is typically performed by an ear, nose and throat (ENT) or plastic surgeon. Your surgeon will be able to discuss which type of procedure would best suit you. Closed rhinoplasty causes less scarring and less swelling, which may lead to a faster recovery time, while open rhinoplasty can allow for more complex repairs.

It is important to note that there are limits to the changes that can be achieved in the size and shape of the nose. Before embarking on this procedure, ask your surgeon about its likely outcome. Commonly, photographs of your nose may be taken before your procedure, which helps your surgeon plan for the surgery and demonstrate its outcomes.

Movement of the septum (the central part of the nose between the nostrils) to one side. This can cause blockage of the nasal passage and symptoms such as sinusitis, infection and headache.

What happens during the procedure?

Rhinoplasty is generally performed in a hospital, commonly under general anesthesia. Your surgeon will make an incision either within your nostril or under the tip of the nose, depending on the type of procedure. Through the incision, the surgeon will carefully reshape the bones and cartilage to produce the desired outcome.

Occasionally, additional soft tissue, such as cartilage, may be taken from other sites in the body to help reconstruct the nose. This is typically done if there is insufficient soft tissue in the nose for the desired outcome. If this is necessary, your surgeon will discuss the procedure with you prior to surgery.

At the end of the procedure, wound dressings will be placed in and on your nose. Occasionally, soft protective plastic splints are temporarily placed within the nose to keep the soft tissues aligned until the nose is sufficiently healed. The surgery usually takes 1-2 hours, but may take longer depending on the complexity of the procedure.

A tough, flexible connective tissue found in various parts of the body including the joints and larynx.

The delivery of medication that is given to a person to put them to sleep while having an operation or medical procedure. Afterwards, the person regains consciousness and usually has no memory of the procedure.

What happens after the procedure?

Once you have recovered from your anesthetic, you may be allowed to return home, or may need to stay in the hospital, usually for a few days. This usually depends on the complexity of the surgery and your surgeon's preferences.

While some dressings may be removed immediately after the procedure, others will generally need to be kept in place until you revisit your doctor in the following weeks.

After the surgery you may experience pain and swelling in your nose and face. Headache is also quite common. You will usually be given pain-relief medications to help manage the pain.

You will commonly have dressings in and on your nose. These may make breathing uncomfortable; however, the dressings within your nose are usually removed before you are sent home, or within a few days of the procedure, once any bleeding has ceased. The dressings on the nose are left until you see your doctor over the following weeks. These help reduce swelling and provide support to the nose while it heals. Recovery takes several weeks. Swelling and numbness may persist in the tip of the nose for months and you may not be able to see the final results for several months. 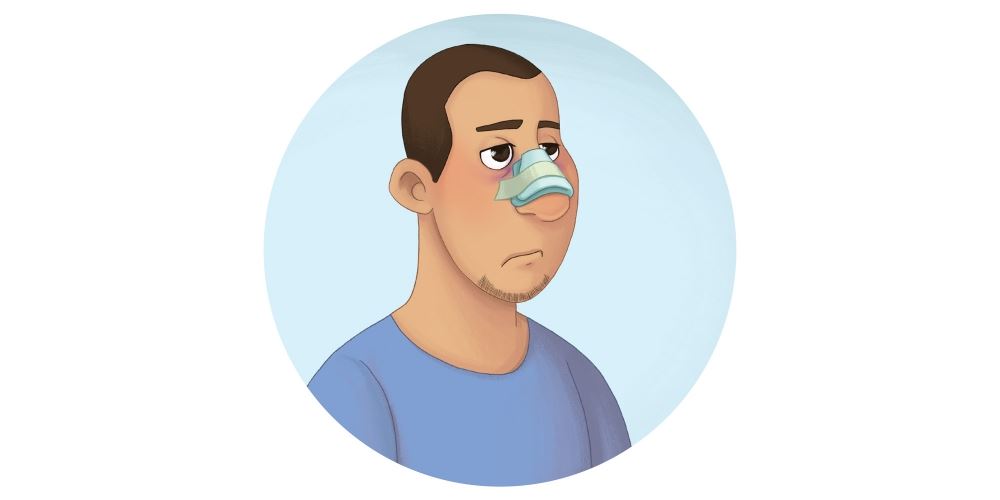 Dressings are applied on the nose following the rhinoplasty procedure.

It is important to follow the self-care instructions given by your doctor following surgery. These often include:

Potential complications with rhinoplasty include:

Smokers are at a higher risk of complications during surgery, so if you are a smoker you may wish to quit smoking.

There is an option for non-surgical rhinoplasty, using injectable fillers (synthetic compounds similar to soft tissues in the nose) to reshape the nose by filling sunken areas on it, lifting its tip and/or smoothing bumps on its bridge. This can be performed in a clinic by an experienced health professional. However, it is not suitable for every person considering rhinoplasty. It may be worth discussing this option with your surgeon prior to any treatment.

Rhinoplasty is surgery that is performed to reshape or repair the outer appearance of your nose. It is commonly known as a 'nose job'.

How much does rhinoplasty cost?

The cost of rhinoplasty can vary greatly, depending on where you are and the extent of the alterations you are having done.

What are the risks of rhinoplasty?

Risks of rhinoplasty include bleeding, infection, adverse reactions to anesthetic and possible additional surgery in the future.

Are there alternatives to rhinoplasty?

If you are considering having a rhinoplasty for cosmetic reasons, there is a non-surgical alternative to rhinoplasty. Non-surgical rhinoplasty uses injectable fillers (which are medications similar to soft tissues in the nose) to help reshape the …

How long will it take to see results from rhinoplasty?

Results of rhinoplasty are only visible once swelling goes down and your nasal splint is removed by your doctor. It can take up to several months for the final results to be seen.

What is the recovery time for rhinoplasty?

How quickly you recover from your rhinoplasty depends on the individual and the extent of the alterations being performed. Swelling and bruising can last for several weeks after surgery. Strenuous activity should be avoided for at least a month …

How do I prepare for rhinoplasty?

Your doctor will discuss with you how best to prepare for the rhinoplasty surgery. You may be advised to change or stop certain medications, particularly if they increase the risk of bleeding. Smoking can also cause complications by slowing down the …

What is the best age to have rhinoplasty?

It is best to delay rhinoplasty until after you have finished growing. For most people this means not before the age of about 18.

If the nose is bent, sinusitis can be relieved by straightening the septum. This is a different procedure to rhinoplasty; however, it may be combined with having rhinoplasty, in which case it can help with sinusitis.

Can I blow my nose after rhinoplasty?

It is generally advised to avoid blowing your nose for the first few weeks after rhinoplasty, as it can mainly cause bleeding. However, if it is unavoidable, it is best to blow your nose gently.

Botulinum toxin, commonly known as Botox, is a potent substance derived from bacteria. The toxin can cause fatal muscle paralysis but, in small doses, has cosmetic uses to relax wrinkles, or medical uses, such as relieving muscle spasticity in patients who have had a stroke.…

Dermabrasion is a cosmetic technique for improving the look of the skin. There are several different techniques, but they all remove the outer layer of skin. Initially, the skin may be red, swollen or itchy, but after a few months the skin will look improved.…

Breast augmentation is a surgical procedure involving the insertion of implants behind the breast tissue to change the shape or size of the breasts. This may be done to improve appearance and symmetry of the breasts, or to enhance self-confidence and self-image.…

There are many reasons why a person may want to improve the appearance of their smile, such as having missing, stained or damaged teeth. Cosmetic dentistry encompasses a range of options to make teeth look more attractive, including whitening, repair and replacement.…