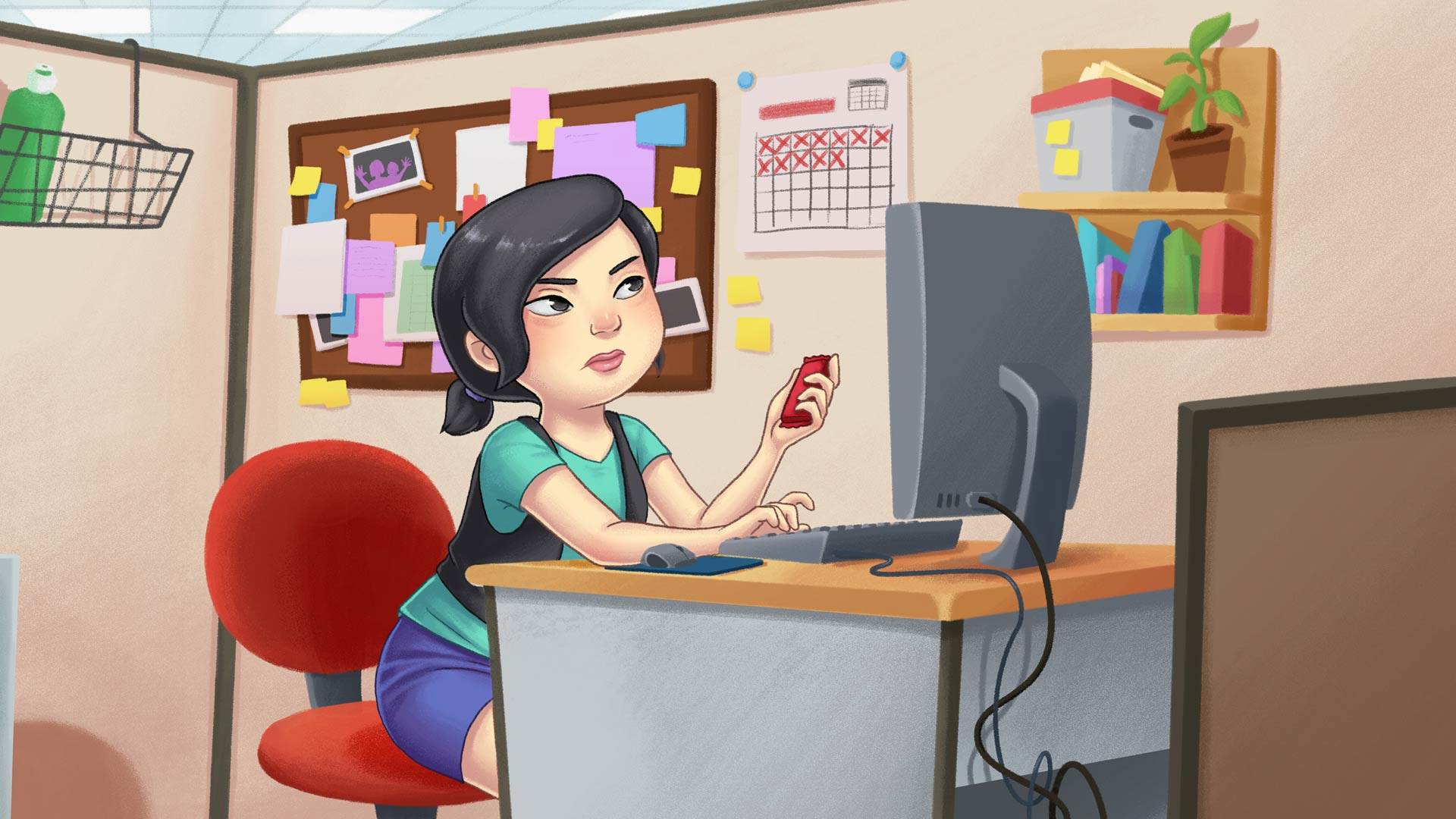 What is premenstrual syndrome?

Premenstrual syndrome (PMS) describes a range of physical and psychological symptoms that can occur in the two weeks before a woman has her period (also known as menstruation).

Most women experience some level of symptoms due to PMS in the two weeks before their period begins. Symptoms generally improve within a day or so of a period starting.

While PMS symptoms are generally relatively mild and manageable, for some women they can be severe to the point where they cause distress and disrupt normal activities.

The periodic shedding of the lining of a woman's uterus. Typically occurring about every four weeks between puberty and menopause (except during pregnancy). The menstrual period varies between individuals, but typically lasts 3-5 days.

PMS can have a wide range of symptoms.

Physical symptoms of PMS can include:

Psychological symptoms can include:

A menstrual cycle lasts an average of 28 days, although it can be longer or shorter in different women and vary with each cycle. Control of the menstrual cycle is complex, involving a range of glands and hormones.

In every cycle, about two weeks before the period begins, an egg (ovum) is released from the ovaries. This is called ovulation. Following ovulation, the ovaries release hormones called progesterone and estrogen. These help to prepare and maintain the lining of the uterus so an egg can attach to it if it is fertilized.

If a pregnancy doesn't occur and an egg does not attach, the hormone levels reduce. The uterus sheds its lining and the period begins. 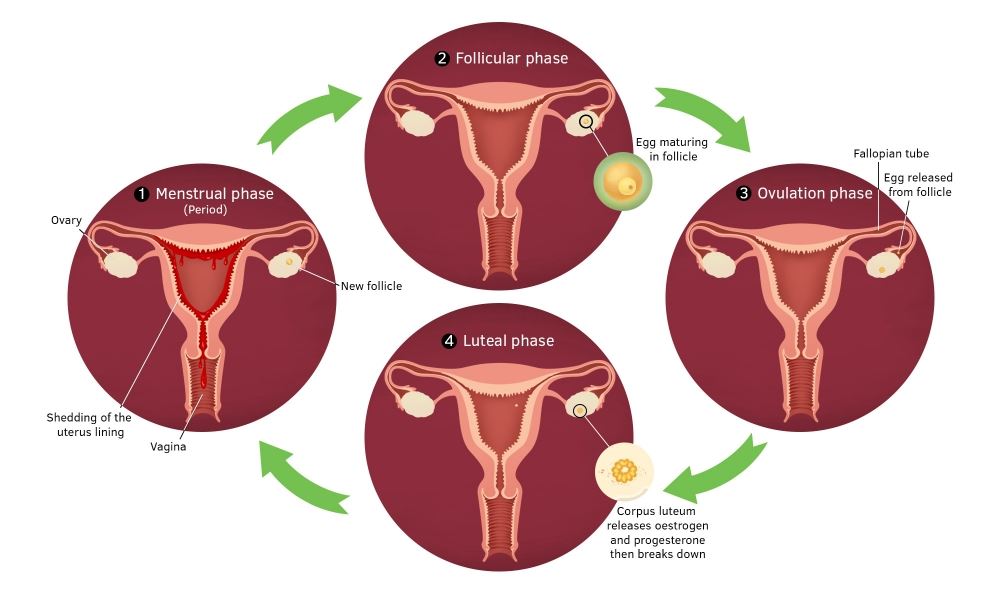 Any organ of the body that secretes substances, such as hormones or enzymes, that are used by other parts of the body.

A mature female reproductive cell that is released from the ovary during ovulation, also called an egg.

PMS may be more common in women who:

Premenstrual dysphoric disorder (PMDD) is a severe form of PMS. Around 8% of all women are affected by PMDD [1] .

While the symptoms in PMDD are similar to PMS, they tend to:

In severe cases of PMDD, some women may experience suicidal thoughts. If you or someone else is in immediate danger of suicide, you can call 911.

Other ways of finding help include:

There is no single test for PMS. Diagnosis is made slightly more complex because:

Your doctor will ask questions about your medical history, your mental health history and your symptoms. You may be asked to keep a diary in which you record your symptoms for a number of months, so that it can be clearly established that your symptoms are worse in the couple of weeks before your period.

Other tests may include:

Your doctor may refer you to a mental health specialist for assessment.

An examination performed by your doctor or nurse that involves a speculum examination with a duck-bill instrument and an internal examination in which they may put two gloved fingers inside your vagina to check for lumps or tender regions.

Depending on the severity of your symptoms, a number of approaches to treating PMS may be recommended.

If your PMS symptoms are mild, they may be alleviated or managed by a range of lifestyle measures.

There are a number of dietary changes you can make to help reduce PMS symptoms:

If you are unable to get sufficient calcium through the foods you consume, your doctor may recommend a calcium supplement.

Pyroxidine (vitamin B6) and magnesium may be of some benefit for some women with PMS. Your doctor can discuss whether supplements are suitable for you.

Regular physical activity can help to reduce stress and improve symptoms of depression and anxiety. Thirty minutes a day of moderately vigorous exercise (such as walking, cycling or swimming) can offer a range of health benefits. 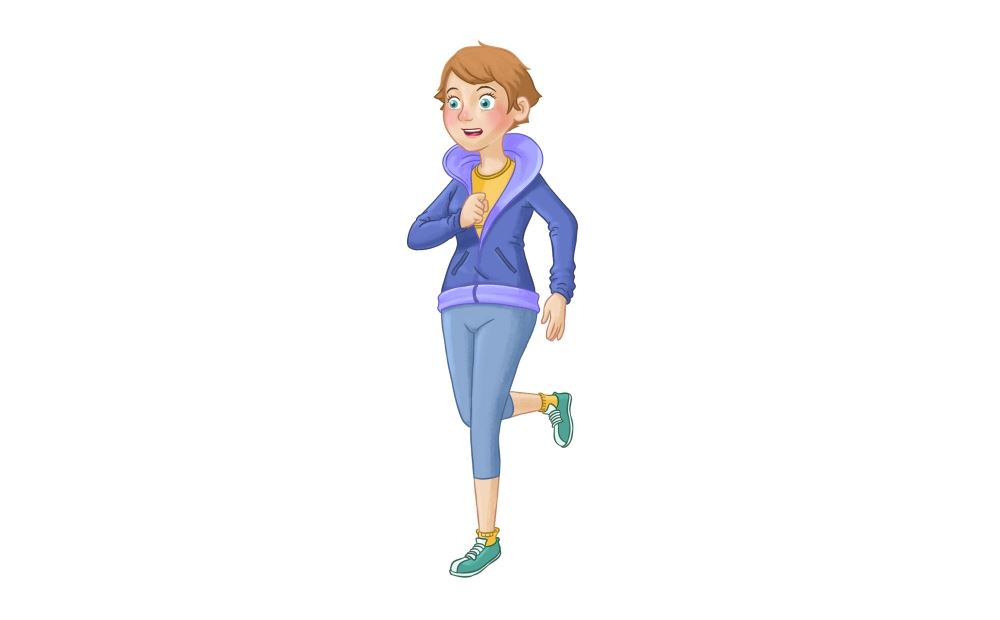 A range of complementary therapies may be helpful for some women in reducing stress, which can worsen symptoms of PMS. Examples include meditation and self-hypnosis.

There is evidence that a herb called vitex agnus castus (also known as chasteberry) may be helpful in reducing symptoms of PMS. A range of other dietary supplements have been suggested for relieving PMS, including evening primrose oil, black cohosh and ginkgo biloba. Evidence does not show that these are effective. Herbal supplements can also interact with other medications, so it is important to discuss them with your doctor before you start herbal medications.

Psychological therapy is sometimes referred to as 'talking therapy' and describes the process of treating mental health problems by helping people to understand their condition and manage their symptoms.

Therapies such as cognitive behavior therapy may be helpful for women with PMS or PMDD to alleviate anxiety, depression and stress.

If lifestyle and other measures cannot alleviate the symptoms of PMS effectively, medications may be recommended.

Antidepressants are the most common medications prescribed for PMS. Selective serotonin reuptake inhibitors (SSRIs) such as fluoxetine and sertraline have been found to be effective in treating symptoms of PMS and PMDD. They increase levels of serotonin, a chemical messenger in the brain that helps to elevate mood. SSRIs may be taken every day, or they may be taken only during the two weeks of the menstrual cycle when symptoms occur.

Other antidepressant medications may be recommended if SSRIs are not effective.

Oral contraceptives, such as the Pill, can stop ovulation and improve some symptoms of PMS for some women, although they are not effective for everyone and can also cause side effects that are similar to PMS, such as depression and breast tenderness.

Oral contraceptives also prevent pregnancy and it is important to take them as recommended by your doctor or they may not be fully effective. 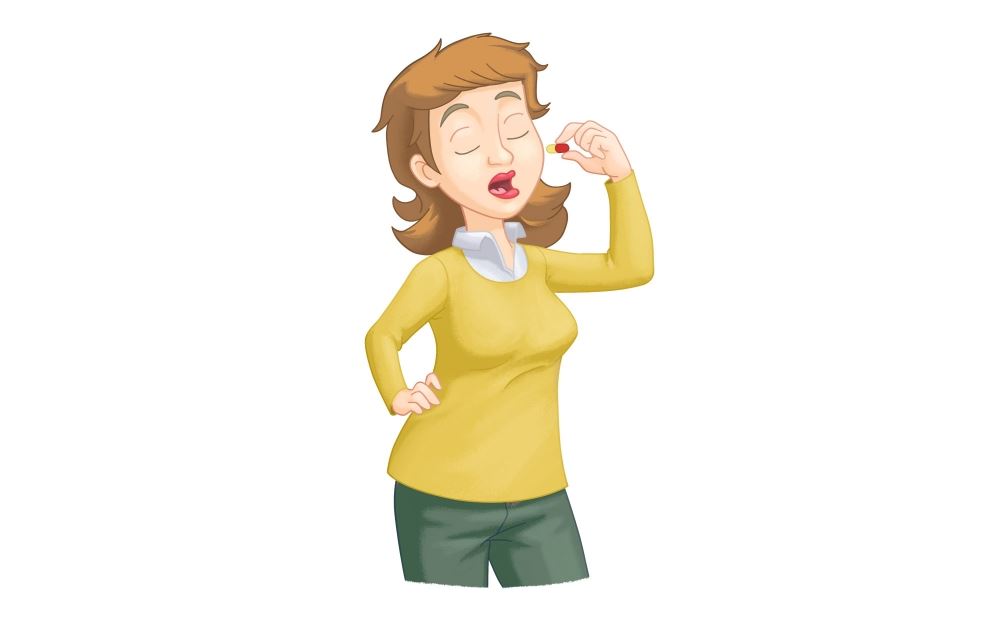 Oral contraceptives can improve some symptoms of PMS.

These medications stop ovulation and stop the ovaries from producing estrogen and progesterone. They effectively create an artificial and temporary menopause and can cause menopause-like symptoms such as vaginal dryness and hot flushes.

GnRH analogues are delivered by injections and are generally only recommended if all other treatments are not effective. You may also be recommended hormone replacement therapy (HRT) if you are using these medications on an extended basis.

A chemical element, important for many biological functions. Particularly central to maintaining bone and tooth health.

The use of either synthetic or natural hormones from external sources by women going through menopause.

An important mineral that is essential for the development of bones and teeth, energy production and muscle contraction.

Most women can manage symptoms of PMS with lifestyle measures. For severe symptoms, medications can help. Symptoms of PMS generally improve after menopause.

The lifestyle measures listed above may help to prevent some PMS symptoms.

What is PMS (premenstrual syndrome)?

PMS (premenstrual syndrome) describes a range of physical and psychological symptoms that can occur in the two weeks before a woman menstruates (has her period).

What are the symptoms of PMS?

PMS has a wide range of symptoms and different women are affected differently. Symptoms include physical changes such as bloating, digestive problems and tenderness of the breasts and psychological symptoms such as mood swings, depression, anxiety and …

The cause of PMS is unclear; however, it is linked to increased levels of the hormones estrogen and progesterone in the two weeks before a woman's period.

Most women of child-bearing age experience some symptoms of PMS; however, they are usually relatively mild and manageable. Around 8% of women experience a more severe form of PMS known as premenstrual dysmorphic disorder (PMDD).

How is PMS diagnosed?

There is no single test for PMS. Your doctor will take into account your symptoms and your medical and mental health history. A physical examination including a pelvic exam may be recommended, as well as other tests (such as blood tests) to help rule out other causes …

How is PMS treated?

PMS symptoms may be treated with lifestyle measures such as diet and regular physical activity, psychological therapy and medication such as antidepressants and hormonal medications (such as the contraceptive pill).

Can PMS be prevented?

For some women, some symptoms of PMS can be reduced by lifestyle measures such as a healthy diet, regular exercise and managing stress.

Symptoms of PMS tend to occur in the two weeks before your period and then improve within a couple of days of the period starting. PMS symptoms tend to get better after menopause, although they can get worse in the last few years before menopause.

Are there different types of PMS?

While most women experience some symptoms of PMS, around 8% of women are affected by a more severe form of the condition called premenstrual dysmorphic disorder (PMDD). In PMDD the symptoms are much more disruptive and distressing and can include …

How common is PMS?

Almost all women experience some symptoms of PMS. A small percentage of women (around 8%) experience a much more serious form of the condition called premenstrual dysmorphic disorder (PMDD).

Premenstrual dysphoric disorder occurs when a woman experiences severe psychological and physical symptoms before menstruation. The symptoms experienced are more severe than those of premenstrual syndrome.…

Menopause occurs when a woman has her last menstrual period. This commonly occurs between the ages of 45 and 55 years and is a result of the ovaries stopping the release of eggs in preparation for pregnancy.…

A period occurs as part of a woman’s normal menstrual cycle, first starting between the ages of eight and 16 and continuing until menopause. An average menstrual cycle is 28 days. During a period, the uterus sheds its inner lining and this passes out through the vagina, with bleeding usually lasting two to seven days. Periods may be accompanied by period pain, menstrual headaches or migraines.…

Endometriosis is a condition that affects many women. It can cause severe gripping pain in the lower abdomen and back, especially during a woman’s period. It is caused by cells that normally line the womb growing elsewhere, such as on the ovaries, in the pelvis or abdomen. However, there are numerous treatment options available to control the condition.…