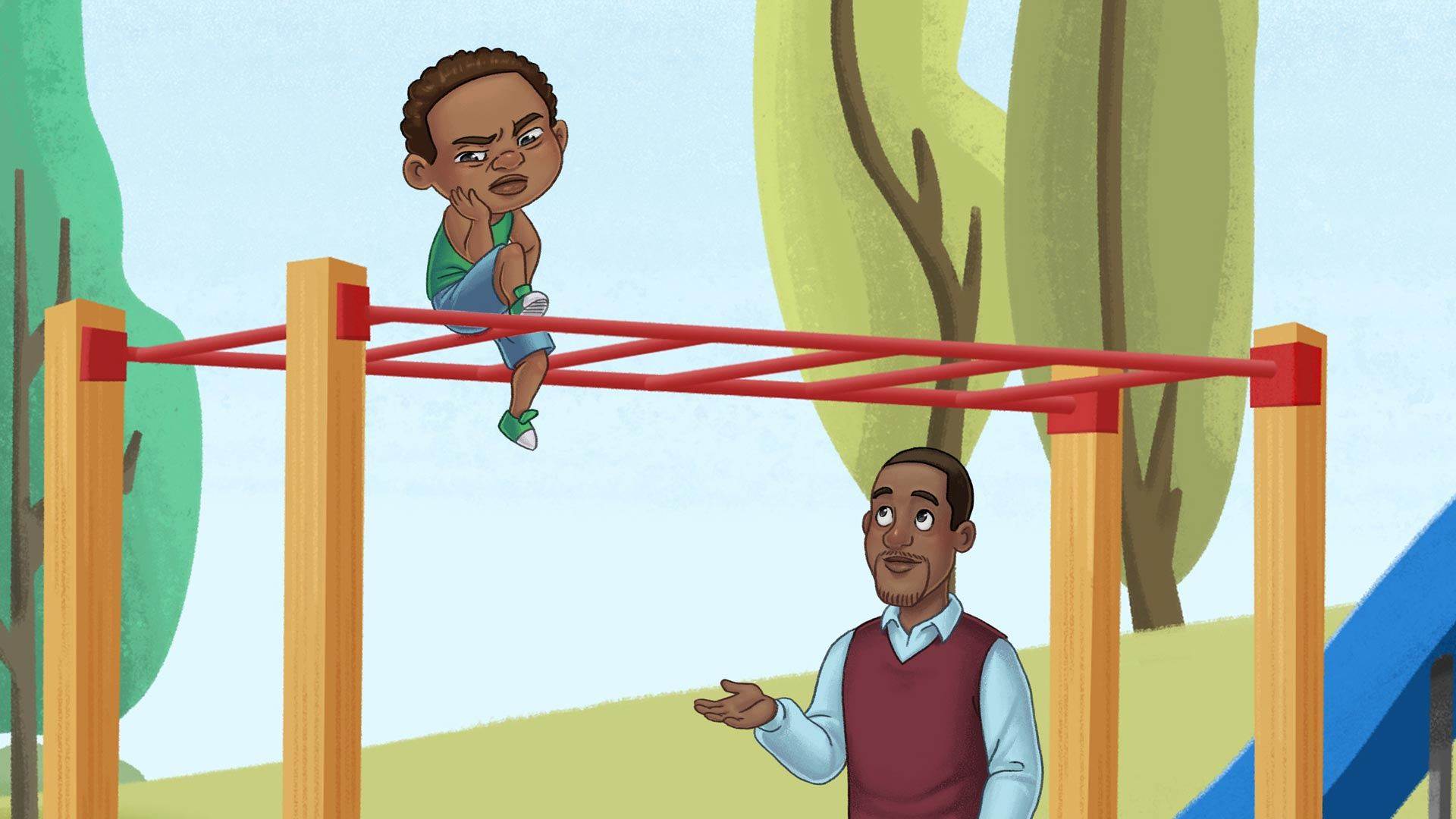 What is oppositional defiant disorder?

Oppositional defiant disorder (ODD) is a condition in which the person's behavior is consistently angry, argumentative and defiant, particularly towards figures of authority. While it generally arises in early childhood, it can affect a person for their entire life.

There is quite a wide range of estimates of how common ODD is in the community. According to the Diagnostic and Statistical Manual of Mental Disorders, the estimate is that around 3.3% of the population have ODD. [1]

No single cause has been identified for the development of ODD.

In childhood, ODD appears to be more common in boys than in girls, although in adolescents and adults, this does not appear to be the case.

Factors that may contribute to the development of the disorder include:

It is not currently clear what role genetics may play in developing ODD.

It is thought that there may be two different pathways to developing ODD:

Children who develop ODD later may tend to have a better prognosis, because they have had more of an opportunity to develop social skills and relationships with others in their early childhood.

Children who are diagnosed with ODD may have some symptoms and mental health problems that carry on into adulthood and require treatment and management. Other people may not be diagnosed until they are adults, but will generally have had symptoms from childhood.

Symptoms of ODD in adults are similar to those displayed by children, although they may become more severe and cause different difficulties in adult life.

One of the challenges of diagnosing ODD is that all children show some of the behaviors described as symptoms of ODD, some of the time, as part of their normal development.

However, for children with ODD, these behaviors occur more frequently, more severely and persist over time. They have a disruptive effect on many aspects of a child's life, including family relationships, their education and how they play and interact with other children.

There are three main symptoms of ODD:

Symptoms of ODD usually first appear in early childhood and, less commonly, develop after a person passes the early years of their adolescence. 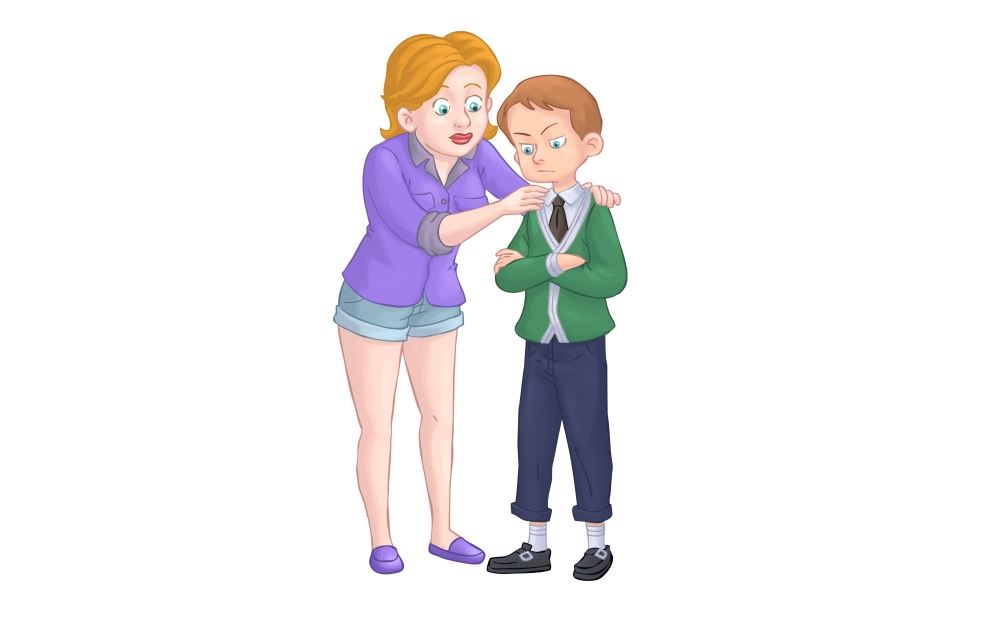 In children, oppositional defiant disorder can result in behavior that is consistently angry, argumentative and spiteful.

Assessment and diagnosis of ODD are performed by a specialist health professional, such as a pediatrician, child psychologist or child psychiatrist. Your general practitioner can make an initial assessment, however, they will usually refer your child for further assessment if they suspect ODD.

For a child to be diagnosed with ODD, symptoms and behaviors need to occur on a long-term basis (a minimum of six months). They must also behave in this way with at least one person who is not a sibling, although some children will only display these behaviors at home.

Assessment for ODD is complex and can include:

In order for this assessment to be comprehensive, your specialist may ask to talk to other family members and teachers about your child's behavior. They may also ask to review information, such as school reports, or for your child to be observed at home or school.

As with children, while a general practitioner can make an initial assessment, most adults will be referred to a specialist, usually a psychiatrist, for a full assessment and diagnosis.

A full medical assessment helps to determine whether there are any underlying medical conditions that may be contributing to your symptoms. Your specialist will ask you about your symptoms and may also ask to speak with your partner or other family members.

ODD is only diagnosed if the symptoms create a serious disruption to your life.

A doctor who specializes in diagnosing and treating mental health conditions in children and infants.

A health professional who specializes in providing testing and counselling to children with mental health conditions.

A doctor who specializes in the diagnosis and treatment of health conditions in children and babies.

ODD cannot be cured, but the goal of treatment is to:

It is helpful for children with ODD if everyone who cares for them (for example, teachers, child-care workers, grandparents and other family members, as well as parents or primary carers) are consistent in the way they deal with them. So, a management plan for ODD may involve family, school and other people who care for the child.

It can be very challenging to care for a child with ODD. Disruptive behaviors can cause stress for parents and other family members.

The main form of management for ODD is to help parents and carers understand ODD and learn techniques to reduce and better manage disruptive behavior. Information and counselling are available. Support groups with other families of children with ODD may also help. 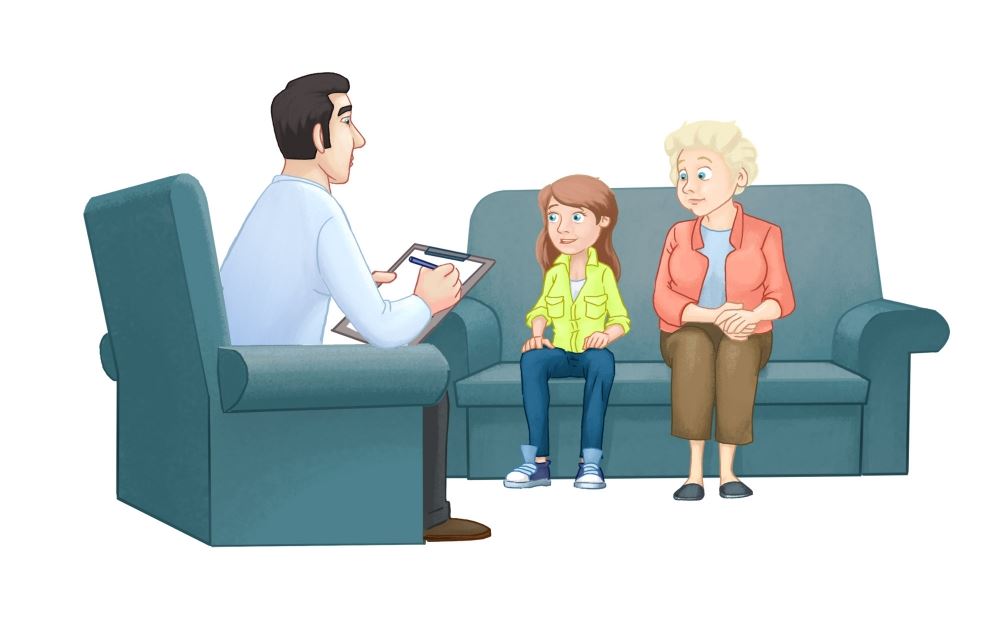 Counselling can help with understanding and managing oppositional defiant disorder.

There are currently no medications recommended for the treatment of ODD. However, many children with ODD are also diagnosed with attention deficit hyperactivity disorder (ADHD). Medications for ADHD, such as methylphenidate and dexamphetamine sulfate, may help to improve behavior in children who have both disorders.

Following diagnosis, you can discuss options with your specialist for psychological management of your symptoms.

ODD and other developmental and mental disorders

There is a wide range of behavior and mental health disorders that can cause similar symptoms to ODD. Part of the assessment procedure is to identify the pattern of symptoms and provide an accurate diagnosis, so that the most effective management can be recommended.

In some cases, a person with ODD may also be diagnosed with another disorder:

Children with ODD can go on to develop conduct disorder.

Early intervention and management involving both the family and the child has been shown to help prevent the development of more serious behavior disorders and mental health issues. ODD is a relatively new diagnosis, so research into therapies and ways to manage the condition are ongoing.

Dealing with family difficulties and developing positive parenting practices may help to reduce a child's risk of developing ODD.

What is oppositional defiant disorder (ODD)?

Oppositional defiant disorder (ODD) is a condition in which the person's behavior is consistently angry, argumentative and defiant, particularly towards figures of authority. While it generally arises in early childhood, it can affect a person …

What are the symptoms of oppositional defiant disorder (ODD)?

The three main symptoms of oppositional defiant disorder (ODD) are an angry or irritable mood, argumentative and defiant behavior, and vindictive or spiteful behavior.

No single cause has been identified for the development of oppositional defiant disorder (ODD). Factors that may contribute include a child's temperament and their environment, particularly trauma in early life.

Who gets oppositional defiant disorder (ODD)?

Oppositional defiant disorder (ODD) usually arises in early childhood, and less commonly, later in the early years of adolescence. Among children, ODD is more common among boys, but by adolescence and adulthood, ODD occurs in males and females …

Assessment and diagnosis of oppositional defiant disorder (ODD) in children is usually performed by an experienced specialist health professional, such as a pediatrician or child psychiatrist. Adults are generally assessed and diagnosed …

Oppositional defiant disorder (ODD) can be treated by a combination of approaches including psychological counselling, family support and education. There are currently no medications recommended for treating ODD.

Oppositional defiant disorder (ODD) cannot be cured, but the main symptoms can be managed.

What can be done at home to treat oppositional defiant disorder (ODD)?

When a person has oppositional defiant disorder (ODD), the whole family can be affected. Learning about ODD and techniques to reduce and better manage disruptive behavior can help to manage ODD better and reduce stress …

What is the outlook for oppositional defiant disorder (ODD)?

Early intervention for oppositional defiant disorder (ODD), involving both the family and the child, has been shown to help prevent more serious behavior disorders and mental health issues from developing.

Caring for a child with oppositional defiant disorder (ODD) can be very challenging and stressful for the entire family. Children with ODD, particularly if the symptoms are not addressed, are more likely to develop more extreme behaviors, …

Obsessive compulsive disorder (OCD) is an anxiety disorder that causes unwanted and repeated thoughts and/or feelings. This usually leads to an intense need to repeat certain rituals. It may be a lifelong condition, but it can be managed by talking to a doctor or psychologist.…