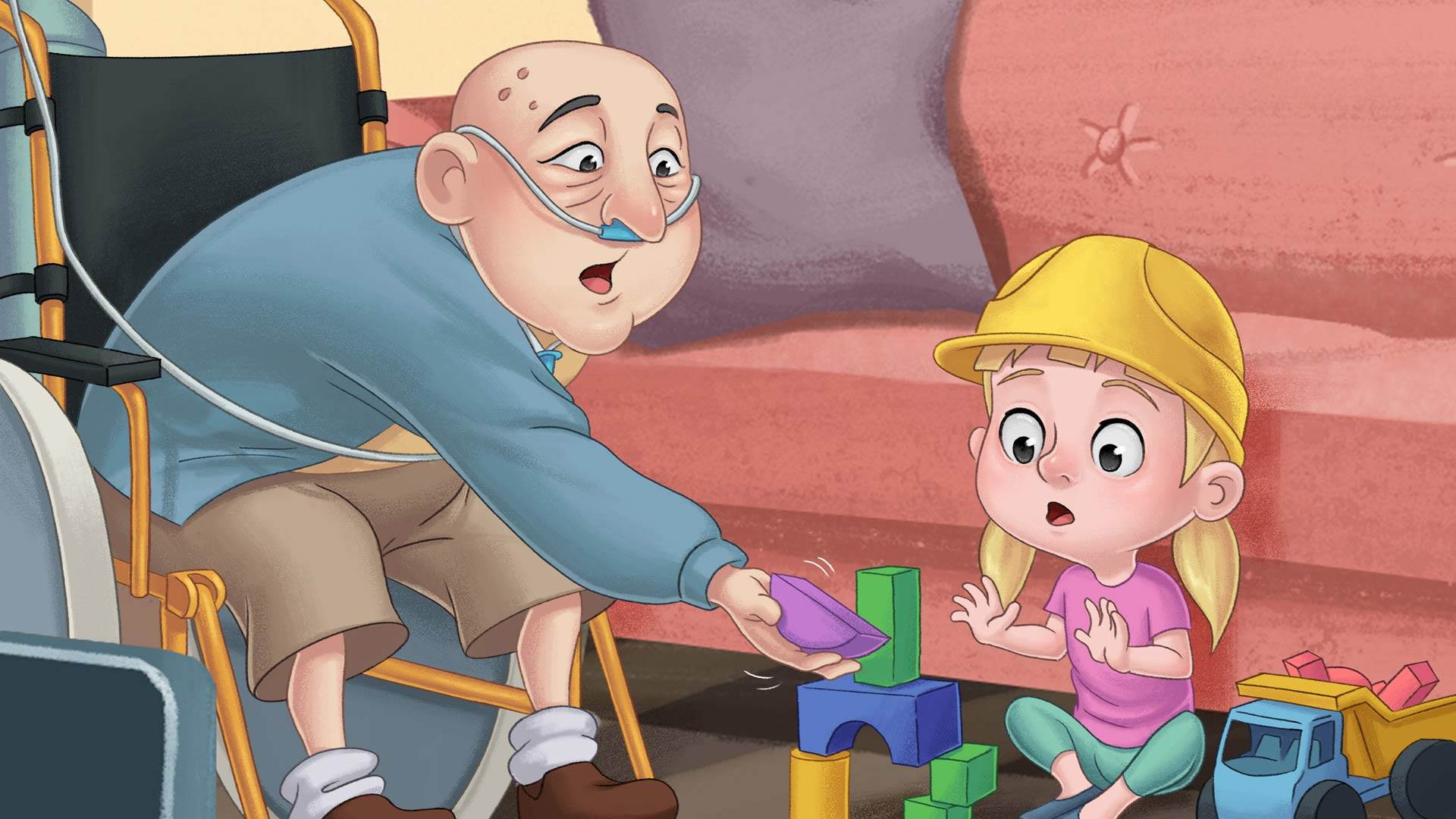 What is occupational lung disease?

A number of lung diseases can result from workplace (occupational) exposure to substances that irritate your lungs. Some workplaces are worse for this than others. Common industries that pose such risks include mining, textiles and plastics, but there are many others. Breathing in some substances can have effects within hours, but sometimes it can take many years for disease to develop.

General symptoms of lung disease include: 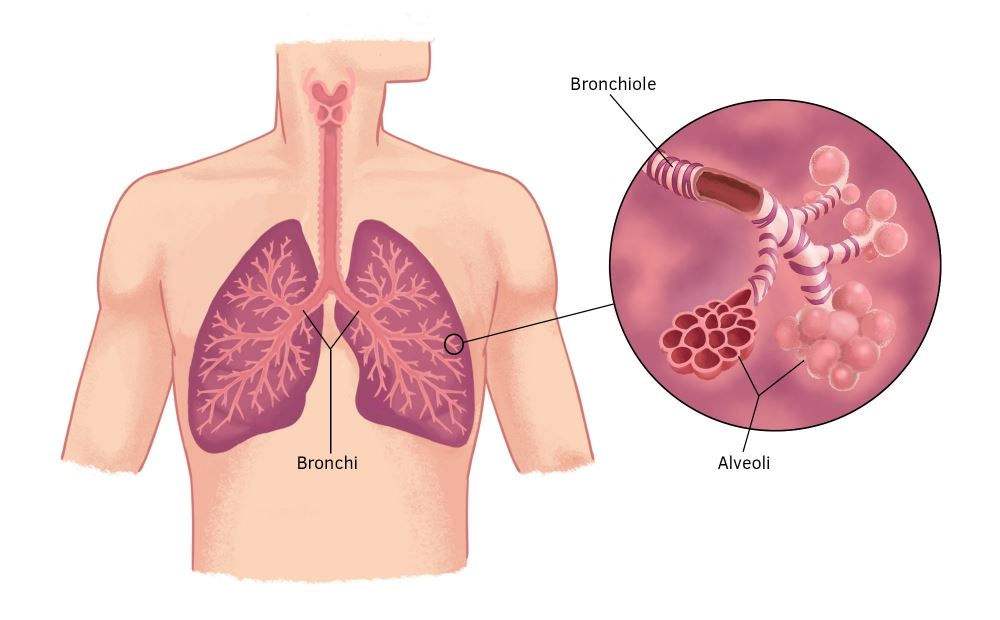 Anatomy of the lungs, showing the areas that may be affected by occupational lung disease.

Below is a list of common occupational lung diseases, which describes specific symptoms and industries relating to each type.

Asbestos was once commonly used for insulation in buildings and houses. Although it is no longer used, it is still present in many older buildings, so it is important to check for it before going through with any renovations that might expose you to it.

Asbestosis is a disease caused by inhaling small asbestos fibers, which build up over time and results in scarring of the lungs. This makes the lungs become stiff and causes difficulty breathing.

Other symptoms of asbestosis include:

Asbestosis gets worse over time and typically does not occur until decades after exposure. Inhaling asbestos can also result in lung cancer and a thickening, or cancer, of the lining of the lungs. Smoking also increases your risk of developing asbestosis and lung cancer.

Ardystil syndrome is caused by breathing in a substance called Acramin FWN or FWR, which is an aerosol that was used a lot in the textile industry. It tends to result in scarring of the lungs, even with treatment. It eventually leads to respiratory failure and has a poor prognosis.

Berylliosis is caused by breathing in a light metal called beryllium. It results in small nodules that are often located near the bronchi in clusters.

Industries in which beryllium exposure occurs include:

Calcicosis is caused by breathing in limestone dust. It is uncommon and results in nodules forming in the lungs.

Symptoms typically go away within a couple of hours or days after you remove yourself from the source of exposure. If symptoms occur over the long-term, it can be a sign the lungs are scarred.

Industrial jobs that can cause this condition include:

Although there are other causes of lung cancer, especially smoking, it can also result from workplace exposure to cancer-causing substances (carcinogens). Occupations that carry a higher risk of lung cancer include:

Silicosis is a disease caused by breathing in dust containing crystalline silica. Particles in the dust enter the alveoli in the lungs, resulting in impaired oxygen and carbon dioxide exchange in the blood. It can also increase your susceptibility to infections such as tuberculosis.

Symptoms of silicosis include:

Industrial jobs that can cause silicosis include:

Talcosis occurs when you breathe in talc, more properly known as hydrated magnesium silicate. It can also occur if you inject it into your bloodstream, as some recreational drug users unintentionally do. It causes inflammation that leads to scarring of the lungs.

Construction and painting are industries associated with this condition, along with jobs including the manufacture of:

1. The tiny air sacs at the end of the bronchioles in the lungs, where gas exchange occurs. 2. The bony tooth sockets in the jaw.

Airway passages that branch from the windpipe, which themselves branch into smaller passages. Bronchi is plural of bronchus.

Relating to or causing inflammation, the body’s protective immune response to injury or infection. This results in an build-up of fluid, cells and proteins at the site of an infection or physical injury, causing swelling, heat, redness, pain and loss of function.

A chest X-ray is initially performed to determine how severe the problem is. Additional tests that may be done include a computerized tomography (CT) scan of the lungs, lung function tests, and examining your airways by putting a thin tube with a camera down them (bronchoscopy). A tissue sample (biopsy) of your lung may also be taken to be tested in the lab.

Occupational lung diseases have no specific treatment. People are encouraged to stop smoking if they do smoke, and to remove the source of exposure to substances causing disease. If there is a continuing risk of exposure, this will inform the decision about whether or not to stay at work. For those who are short of breath, inhalers such as salbutamol can be used. Oxygen therapy may also be used.

Prognosis varies according to the type of occupational lung disease you have. In general, there is no cure, and the more scarring to your lungs, the poorer the prognosis.

The only way to completely prevent occupational lung diseases is to avoid the occupations they are common in. However, with proper health and safety regulations in place, there is little need to worry about what are very rare lung diseases. Such safety precautions include:

What is occupational lung disease?

Occupational lung disease occurs when you breathe in substances in your workplace that damage your lungs. This causes scarring of the lung tissue, which is irreversible, and can eventually lead to difficulty breathing and, potentially, death.

What are the symptoms of occupational lung disease?

Occupational lung disease is caused by breathing in substances that damage your lungs, such as asbestos or coal dust, among others.

Who gets occupational lung disease?

How is occupational lung disease diagnosed?

A chest X-ray can be performed to detect damage to the lungs. Other tests that are performed include a CT scan of the lungs, lab tests on lung fluid and tissue, and a lung function test.

How is occupational lung disease treated?

There is no treatment for specific occupational lung diseases. The best thing to do is to avoid the substance that is causing, or has the potential to cause, a problem. If the lung disease progresses, you may be treated with oxygen therapy.

Can occupational lung disease be prevented?

Are there different types of occupational lung disease?

There are many types of occupational lung disease. They are categorized by the different inhaled substances that lead to the lung damage.

What is the outlook for occupational lung disease?

What increases the chances of developing occupational lung disease?

Working in industries where these conditions are more common, such as the automotive, mining, farming and welding industries, among many others, will increase the chances of developing occupational lung disease.