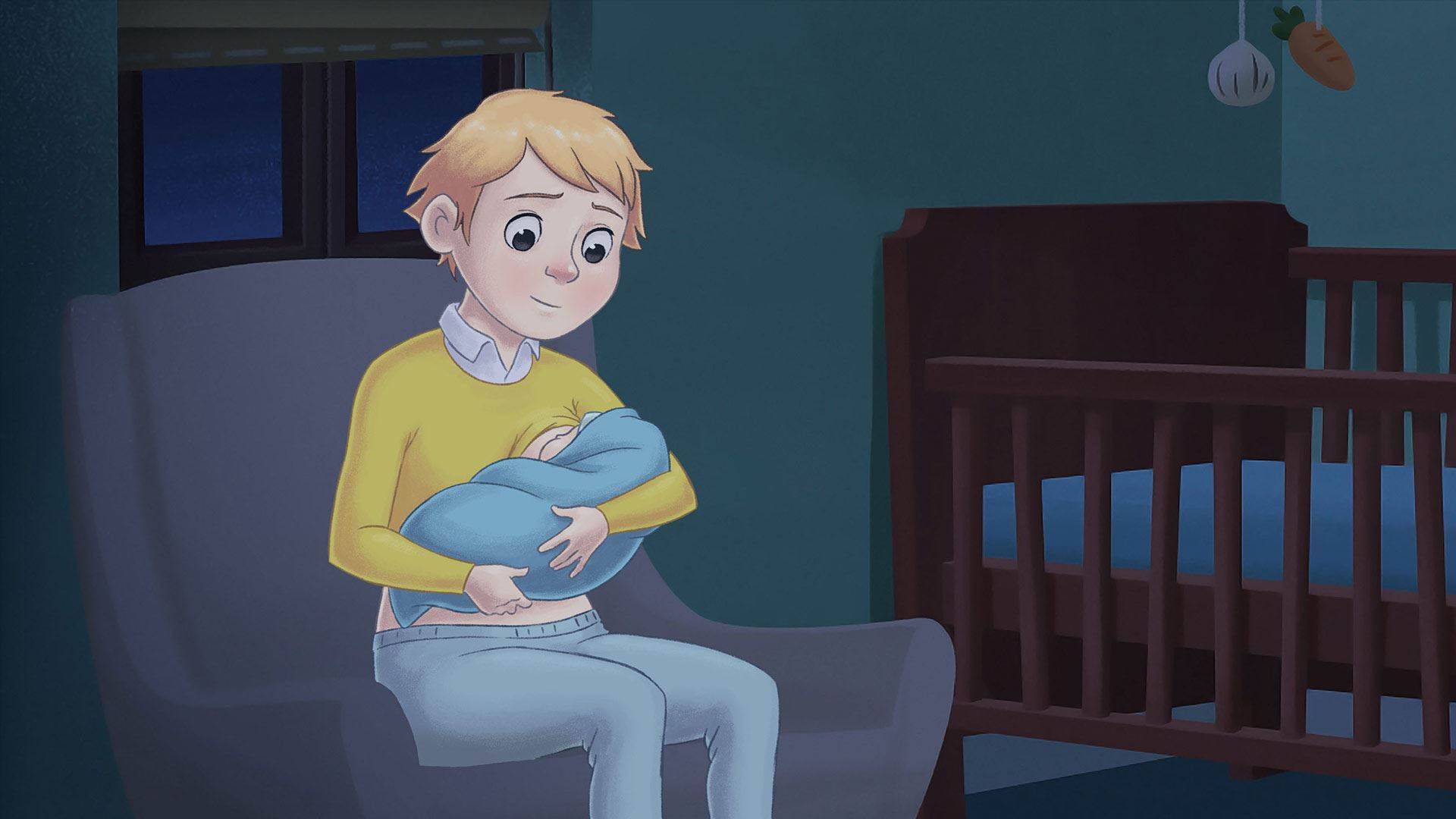 Breastfeeding offers a range of health benefits for a mother and her newborn baby. Breastmilk offers the baby protection against infection and studies have indicated that breastfed children are less likely to develop skin allergies, asthma, diabetes and bowel disease later in life and have improved cognitive development. [1] Breastfeeding also helps bonding between a mother and her baby.

Taking medication while breastfeeding involves striking a balance between protecting a nursing mother from the potential harm of not treating her underlying condition, and protecting her baby from exposure to the medication. Avoiding medication altogether may actually cause harm to the mother and her baby if a medical condition goes untreated.

There are some established ways to minimize the transfer of medications to the nursing baby, including:

If a medication is prescribed that may be harmful to the baby, you will need to stop breastfeeding at least temporarily, and use a breast pump to maintain your milk supply until you can resume breastfeeding. Your doctor can advise you on when and how long to cease breastfeeding for.

While taking medications, monitor the newborn for any unusual signs or symptoms, such as a rash, sleeping changes or change in their mood. 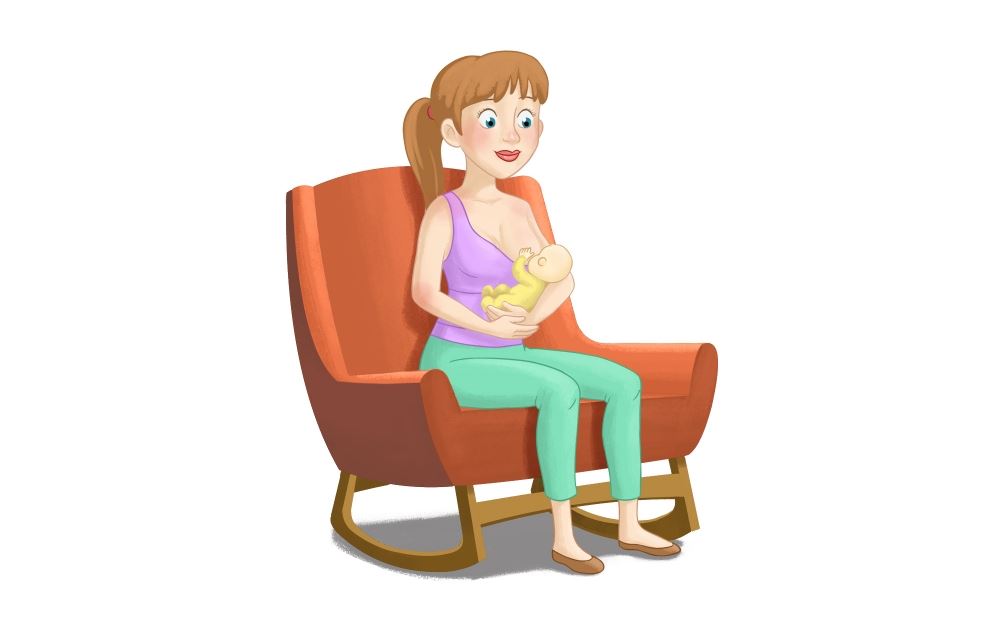 Most medications do not pass through to the breastmilk in sufficient quantities to harm the health of a newborn baby.

Relating to cognition, which are the mental processes and abilities associated with acts of judgement, reasoning and understanding.

Chronic diseases that affect the digestive system, such as ulcerative colitis and Crohn's disease.

The non-sedating antihistamines loratadine and fexofenadine are considered safe. However, some older antihistamines may cause irritability or sleepiness in the newborn baby. Such preparations include promethazine and pheniramine.

Nasal sprays with beclomethasone, fluticasone or budesonide are considered safe, as are eye drops containing antazoline and naphazoline.

Since the evidence is still unclear on the safety of anesthetic agents with breastfeeding, is it usually advised to stop breastfeeding for 24 hours, and to dispose of breastmilk during this time ('pump and dump'). Usually, breastfeeding can resume thereafter. However, it is best to discuss your breastfeeding plan with your anesthetist before your procedure.

Penicillins, cephalosporins and macrolides are considered safe antibiotics to take while breastfeeding. Quinolones have not been well studied and are not recommended.

Warfarin does not appear to pass into breastmilk and is considered safe.

Cabamazepine, ethosuximide, magnesium sulfate and phenytoin are considered safe; however, there may be some risks associated with the use of valproic acid.

Beta-blockers and diuretics that are commonly used as antihypertensives are generally considered safe at standard doses. The beta-blockers propranolol, metoprolol and labetalol are considered safe; however, atenolol, nadolol and sotalol may not be recommended.

The evidence is still unclear about the safety of long-term use of these drugs in nursing mothers. They may alter the function of the nervous system.

For treatment of depression, evidence indicates that selective serotonin reuptake inhibitors (SSRIs) may be a better choice, although this may require ongoing monitoring of the breastmilk and baby.

Acyclovir and valaciclovir are considered safe.

Nasal spray decongestants and saline nasal drops are considered safe, but oral preparations that contain pseudoephedrine may reduce milk production and cause irritability in the baby.

Most cough medicines are safe, but preparations containing pseudoephedrine and phenylephrine may cause irritability in the baby and reduce milk production.

Most lozenges for sore throats are also safe to use, but those containing povidone-iodine are not recommended.

The safest laxatives are those using fiber-based products. Taking large doses of preparations containing senna may cause diarrhea in the baby.

The progesterone-only pill is considered the best option for contraception during breastfeeding, as it has only minimal transfer to the breastmilk and does not affect milk production, whereas the combined estrogen-progesterone pill may decrease the quantity and alter the composition of the milk.

B-group vitamins are considered safe. However, herbal preparations may contain chemical substances that could be harmful to the baby and are not recommended.

Using higher than the standard dose of any dietary supplement is not recommended.

In general, it is considered safe for a nursing mother to receive most vaccinations.

Because insulin is not excreted into breastmilk, it is considered safe.

Pain can be treated during lactation with a range of medication. Poorly-managed pain can potentially lead to depression and anxiety.

Aspirin is not considered safe as it may be associated with adverse effects; the infant dose is around 10% of the maternal dose. There is also a potential link with Reye's syndrome.

Short-term use of opioids is not likely to be a risk to the infant, but longer-term or chronic use may be potentially dangerous. If longer-term pain relief is required during breastfeeding, other options may be considered.

Substances that hinder the activity of hormones such as adrenaline by blocking the beta receptors, found in many organs but particularly the heart and blood vessels. These are used to treat a range of conditions including high blood pressure and migraines.

A mental health disorder that results in physical and psychological symptoms such as low mood, a feeling of hopelessness, poor concentration and motivation, disruptive sleep patterns and appetite changes. To be diagnosed with depression, these symptoms must be present most days for at least two weeks.

A hormone secreted by the pancreas in order to regulate glucose levels in the body's cells, which is used for energy.

A chemical element important for hormone development that is found in foods including dairy products, seafood, eggs, bread and some vegetables. It is often used in medicine as a dye.

A type of antidepressant medication.

A life-threatening condition that can occur in young children, characterized by brain inflammation and liver failure. Aspirin is a potential cause, especially when used in young children and teenagers with chickenpox, flu-like symptoms or other viral infections.

Medications that are not considered safe for your baby while you are breastfeeding include:

A chemical element important for hormone development that is found in foods including dairy products, seafood, eggs, bread and some vegetables. It is often used in medicine as a dye.

A metal element that is used in medications that treat psychiatric illnesses.

A group of medications that act like vitamin A, a fat-soluble vitamin essential for bone growth, vision and reproduction.

Is it safe to use medications while breastfeeding?

Most medications are considered safe to use while nursing your baby; however, always seek advice from your pharmacist and healthcare provider.

Do I need to stop breastfeeding to take medication?

It is very unusual to have to stop breastfeeding permanently. In some cases, breastfeeding may be put on hold temporarily while you take certain medications.

Do I need to stop taking my normal medication while I am breastfeeding?

This depends on the condition and the specific medication being used, but avoiding medications altogether may actually cause harm to the mother and her baby if an underlying condition goes untreated.

What medication is not safe to take while breastfeeding?

Some medications that are not suitable for nursing mothers include amiodarone, cytotoxic agents, iodine, lithium, nuclear medicine, and retinoids.

Can I take herbal supplements while breastfeeding?

How will I know what medication is safe to take?

Your healthcare provider and pharmacist can offer guidance on medication dosages and their suitability for breastfeeding.

How will I know if my baby has a reaction to the medication?

When using medication, you can monitor your baby for changes in their sleeping patterns, their mood and level of alertness, or any rashes appearing on their skin.

Can I take pain-relief medication while breastfeeding?

Most over-the-counter pain-relief medication is considered safe to take while breastfeeding.

If my baby was premature, are they at more risk when I take medication while breastfeeding?

Premature babies are at greater risk of exposure to medication while breastfeeding, as are unwell babies and babies younger than six months of age.

Isn't it safer to just stop all medication while I breastfeed, just to be sure?

Avoiding medication altogether may actually cause harm to you and your baby if an underlying condition goes untreated.

Blocked milk ducts are a common problem for lactating mothers. About two thirds of breastfeeding mothers experience a blocked milk duct at some point. When a baby is born, the mother's body produces breastmilk (a process known as lactation). Breastmilk provides the baby with all of its nutritional requirements for the first few months of life. Breastmilk is produced in the mammary glands within th…

Breastfeeding has many benefits for mother and baby, from improved immunity for baby, to closer bonding for both. Some women find that breastfeeding comes naturally, but for many others, advice and education from health professionals helps them to overcome some hurdles.…

Breast engorgement is when too much breastmilk is produced, making your breasts feel heavy and uncomfortable. Breastfeeding may be more difficult, as your baby is unable to attach to very full breasts. Heat packs can help with the letdown of breast milk and cold packs can relieve the discomfort.…