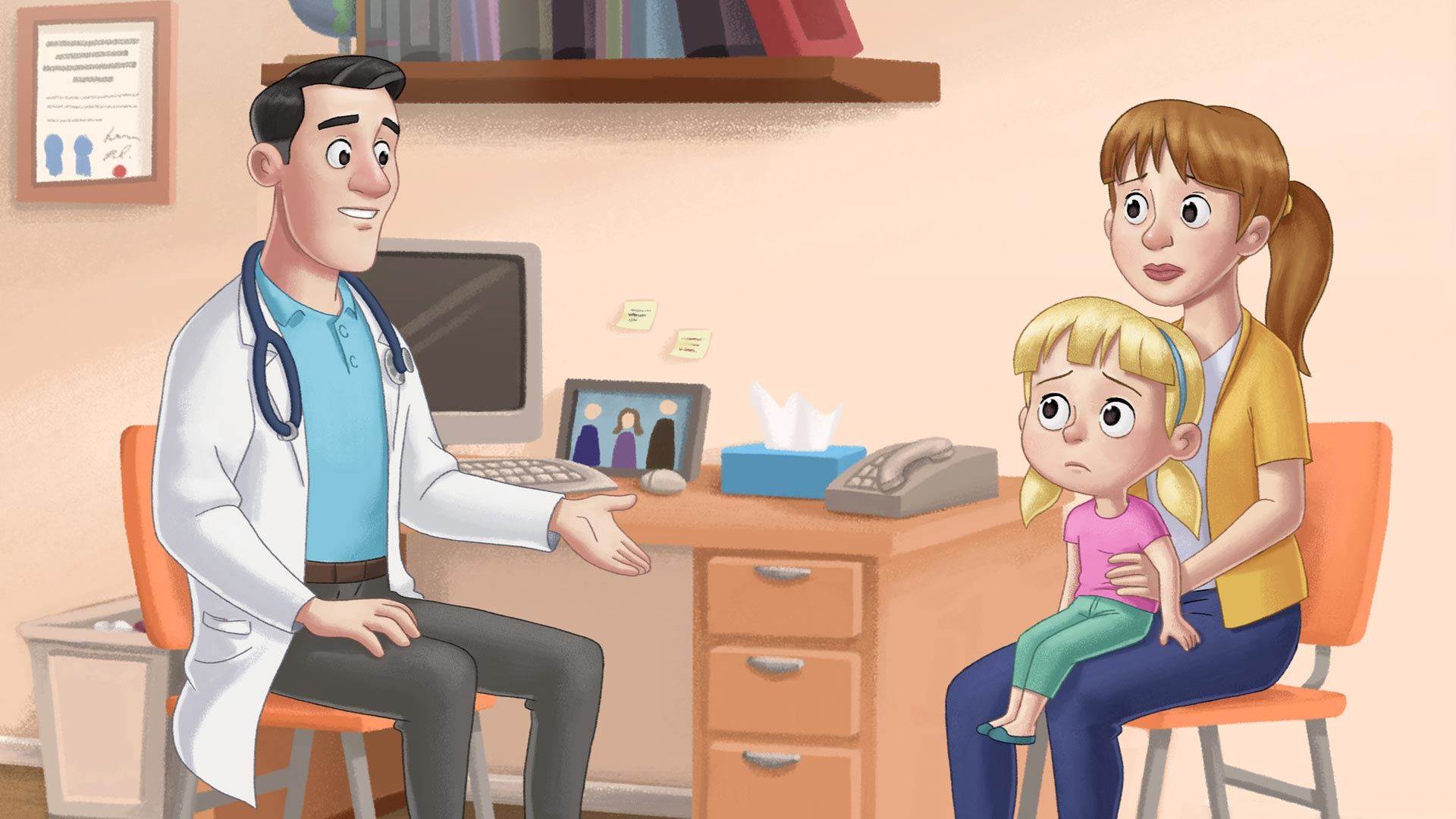 What are febrile convulsions?

Febrile convulsions are fits or seizures that occur in children due to a fever or temperature above 100.40°F (38°C). About three in every 100 children aged six months to six years will have a convulsion when they have a fever. Fevers are commonly associated with common viral or bacterial infections.

An increase in body temperature above the normal temperature range. Fever is often caused by the body's immune reaction to infection.

It is thought that some children have brains that are more sensitive than others to abrupt increases in temperature. In these children, a fever caused by common childhood infections is sufficient to trigger seizures. These seizures are not known to damage to the brain or other organs. There is no increased risk of epilepsy in children who have had a febrile convulsion. 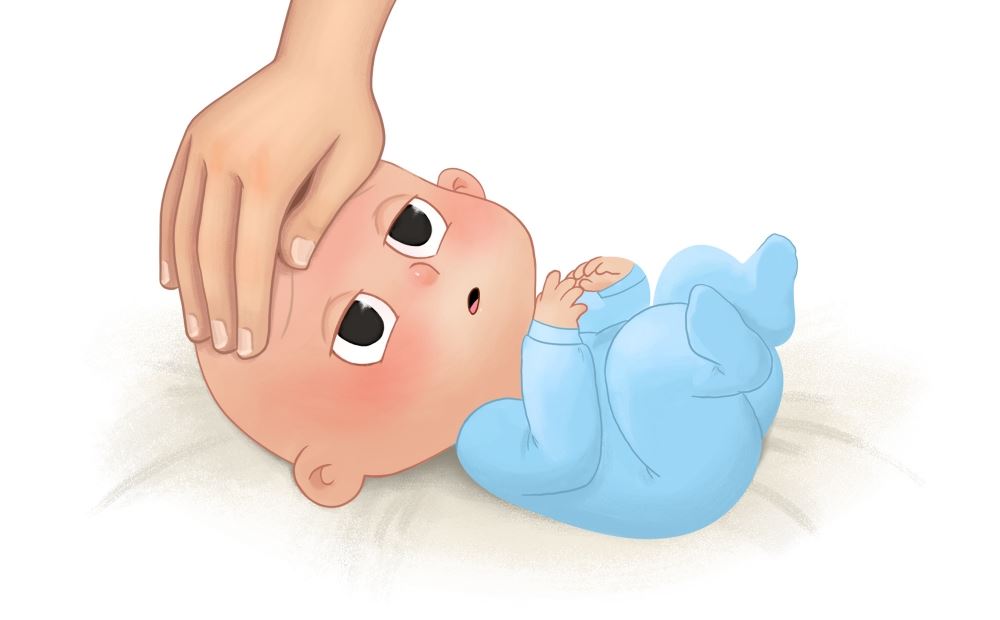 There are two main types of febrile seizures:

Simple febrile convulsions are the most common type. They:

It is common for a child to appear drowsy or confused for a short time after the convulsion ends.

During a complex febrile convulsion, a child fails to fully recover within one hour.

During a febrile convulsion, your child might experience some of the following symptoms:

Before diagnosing a febrile convulsion, your doctor may perform tests to ensure the seizures are not caused by a serious underlying illness. Diagnosis typically involves taking a detailed medical history, as well as performing a physical examination, with particular emphasis on the assessment of nerves, and finding the cause of the fever.

If the child is developing normally, their neurological examination is normal, their convulsions fit the criteria for simple seizures, and the cause of the fever is identified, further tests may not be necessary.

In some cases, laboratory tests may be performed to exclude other causes of the seizure such as meningitis or dehydration. Such testing may include a lumbar puncture and blood and urine tests.

The blood tests may include a full blood count and blood cultures, which can help the doctor identify if there is an infection, whereas a lumbar puncture may be performed to exclude meningitis.

If the child's physical examination proves inconclusive, their convulsions fit the criteria for complex seizures and epilepsy is suspected, an electroencephalogram (EEG) may be performed to measure the brainwave activity to confirm a diagnosis of epilepsy.

A test to record the electrical activity of the brain, commonly in a person who suffers from seizures, by placing electrodes on multiple areas of the scalp.

A procedure that uses a needle to collect a sample of cerebrospinal fluid, which is the clear fluid surrounding the brain and spine, from the lower back (lumbar region) for analysis. It can also be performed to remove any excess fluid or to deliver medications.

If the above do not apply and the convulsion lasts less than 5 minutes, see a doctor as soon as possible.

See a doctor immediately if your child was very sick before the convulsion or if you are worried.

Although fever is the cause of the febrile convulsions, treatment of the fever with acetaminophen or ibuprofen has not been shown to be effective in preventing a convulsion.

For treatment of the fever:

The most common complication of febrile convulsions is having recurring seizures. It is estimated that around a third of children that have one seizure will go on to experience further episodes in subsequent illnesses.

Febrile convulsions are not epilepsy and only 3% of children with febrile convulsions will develop epilepsy. The likelihood of developing epilepsy increases if the child has a family history of epilepsy, or if they have another neurological abnormality or development delay, such as cerebral palsy.

The vast majority of children with febrile convulsions will not need medication or further treatment and have an excellent prognosis.

There is no known way of preventing febrile convulsions. The use of acetaminophen or ibuprofen at the first sign of a fever has not been shown to prevent the seizures; however, they can help make a child more comfortable while they are unwell.

What are febrile convulsions?

Febrile convulsions are fits or seizures caused by a fever above 38Â°C, which may occur during a viral or bacterial infection.

What are the symptoms of febrile convulsions?

Some of the typical symptoms include: loss of consciousness, foaming at the mouth, eye rolling, and jerking of arms or legs.

The convulsions are caused by an abrupt increase in temperature, associated with an infection. They occur in children as their brains appear to be more sensitive to this sudden change in temperature.

Who gets febrile convulsions?

How common are febrile convulsions?

It is estimated that around one in every 30 children experience febrile convulsions. Boys and girls appear to be equally affected.

What can be done at home to treat febrile convulsions?

Once a seizure starts, make sure the child is safe by placing them on their side, on the floor. Don't shake the child or try and restrain them. Keep track of how long the seizure lasts. Once the seizure is over, have your child checked …

Can febrile convulsions be prevented?

There is no known way to prevent the convulsions; treating the fever with acetaminophen or ibuprofen has not been shown to be effective in preventing convulsions.

Will febrile convulsions keep coming back?

It is estimated that around a third of children will experience recurring febrile convulsions.

Are there different types of febrile convulsions?

The vast majority of children who experience a febrile convulsion will not be harmed in the long term, and will not develop epilepsy.

Younger children often have vague symptoms when they have a urinary tract infection (UTI). These include fever, vomiting, poor feeding and irritability. In older children, there may be frequent urination, burning sensations when urinating, fatigue, or abdominal pain. UTIs in children may require prompt treatment with antibiotics to prevent damage to the kidneys.…

Appendicitis is an infection of the appendix, a tube-shaped sac located at the beginning of the large bowel. Symptoms include abdominal pain, fever and unwellness. Appendicitis can quickly become serious, so if you’re concerned it is important to see a doctor early. It is commonly treated by surgery and recovery is often quick.…

Arthritis is inflammation of the joints, leading to pain and difficulty moving the joint. There are many different types of arthritis that can affect children. These conditions may also be called juvenile arthritis.…

Bedwetting is a common condition where toilet-trained children accidentally urinate during their sleep. It is not a sign of laziness, naughtiness, or any emotional immaturity. It is important not to blame or shame the child over this behaviour, which is not under the child's control. Strategies are available to treat this condition.…